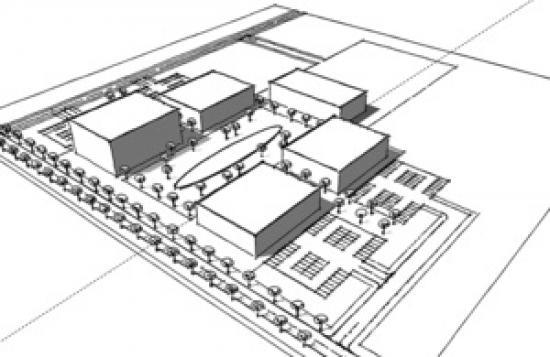 Hydrogen transport hub is one step closer to becoming a reality in Tees Valley.

£3 million invested to kick-start The Transport Hub - which could create up to 5,000 new jobs as we build back greener.

The UK's first-ever hydrogen transport hub is one step closer to becoming a reality, with the unveiling of an official "masterplan" and £3 million in government funding.

A first of its kind, the transport hub - being built in Tees Valley – will bring together leading figures from government, industry and academia to focus research, testing and trials across all transport modes as we build back greener from the pandemic.

The hub could be fully operational by 2025 – helping to create up to 5,000 new jobs in the north-east over the long-term as we continue to level up the economy.

By creating real-world hydrogen transport pilots, the establishment of the hub will also help us to understand the role hydrogen has in meeting our 2050 net-zero ambitions, which will inform our future investment decisions and prime export opportunities.

Transport Secretary Grant Shapps said:By harnessing the power of hydrogen technology, we have the opportunity to bring long-term prosperity right across the country.

The hub will establish the UK as a global leader in hydrogen technology, paving the way for its use across all transport modes and propelling us towards our net-zero goals.

The Department for Transport’s masterplan sets out a vision for the hub and a blueprint of the infrastructure required to deliver that vision. The facilities within the hub also include an R&D campus for the creation and sharing of knowledge. This will enable the hydrogen transport hub to act as a living lab to understand the role of hydrogen as part of the energy transition in the transport sector.

Our region already produces more than 50% of the UK’s hydrogen, so it was a no-brainer for the government to set up the UK’s first hydrogen transport hub in Teesside so we can lead the way in developing the technology and fully unleash our area’s potential as we build back greener.

Teesside has led the world in steel manufacturing and engineering for generations. Now we are leading the world in the industries of the future and creating clean, good quality, well-paid jobs in the process.