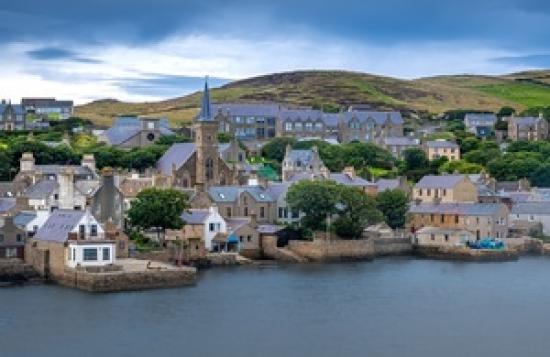 The agreement outlines plans for the UK and Scottish governments to each invest £50 million in the future economic prosperity of Orkney, Shetland and the Outer Hebrides. This is anticipated to unlock a further £235 million of investment from project partners, delivering a combined £335 million boost for the islands.

The 10-year programme of investment has the ambitious target of creating up to 1,300 jobs and tackling the depopulation concerns facing many parts of the three island archipelagos.

The proposals, which are all subject to full business case approval, aim to put the islands at the forefront of the transition to net zero and support thriving, sustainable communities.

UK Government Minister for Scotland, Iain Stewart said:Today we have signed a transformational deal which will bring jobs, investment and innovation to communities across all three island areas.

These exciting plans show the path to a fairer, more sustainable, more prosperous future as we build back better from the pandemic.

Across Scotland we have committed more than £1.5 billion to Growth Deals.

The deal outlines eighteen project proposals spread across the islands. Some of the plans which could receive UK Government investment include:

The Shell-volution - a new and innovative means of enabling expansion in the low carbon and sustainable mussel farming sector in Shetland, and more widely in Scotland.

Islands Centre for Net Zero - supporting the energy transition for all three island groups and creating sustainable "green" jobs within the islands for 300 people.

The Outer Hebrides Destination Development - focusing on key aspects of island heritage such as St Kilda, the world renowned Callanish standing stones and experiences based on the history of the islanders.

The full Heads of Terms agreement sets out further details on the proposed projects and aims of the deal.

Partners will now be working towards the development of full business cases for approval by both governments, with the anticipation of funding being approved and released from 2022/23 onwards.