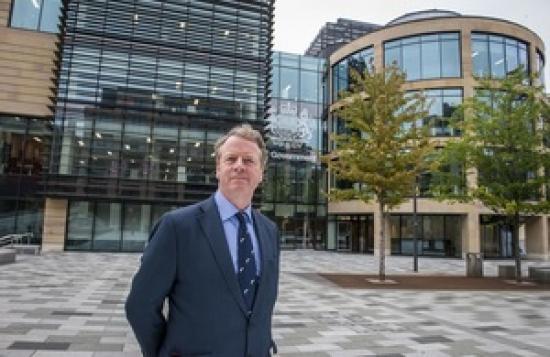 Scottish Secretary, Alister Jack said:While today's figures show signs of resilience for the economy over the winter months, we know the current lockdown continues to affect many individuals and businesses.

The UK Government's package of measures continues to support Scottish jobs and businesses - and at the budget we extended our furlough and self-employed schemes, the Universal Credit uplift and VAT cuts for the hardest hit sectors. On top of the £9.7bn already provided to the Scottish Government, we announced a further £2.5bn for the next financial year.

There are reasons to be hopeful as we move into the Spring - we are starting to see the impact of the UK Government funded vaccination programme and we are directly supporting Scotland’s economic recovery through our Plan for Jobs, investing in communities and accelerating the energy sector’s green transition.

As we have seen over the last year, the strength and economic stability provided by the Union has never been more important and will ensure we build back from the pandemic together.

More than 90,000 businesses in Scotland have been supported from UK Government business loans worth £3.4 billion.

The UK Government is investing billions to help people of all ages back into work, including our £2 billion Kickstart scheme for young people, sector work programmes and recruitment of thousands of additional Work Coaches.

The UK Government has provided billions in extra funding for the welfare system for those unable to access other forms of support. This includes £20 Universal Credit uplift which has also been extended until the end of September 2021.

This support is on top of an additional £9.7 billion of additional funding provided to the Scottish Government this financial year (20/21) to tackle the pandemic, plus an additional £2.4 billion in 21/22.

The UK Government continues to provide the bulk of COVID-19 testing in Scotland and has moved quickly to buy vaccines, securing more than 400 million doses from seven vaccine developers for distribution across all parts of the UK.