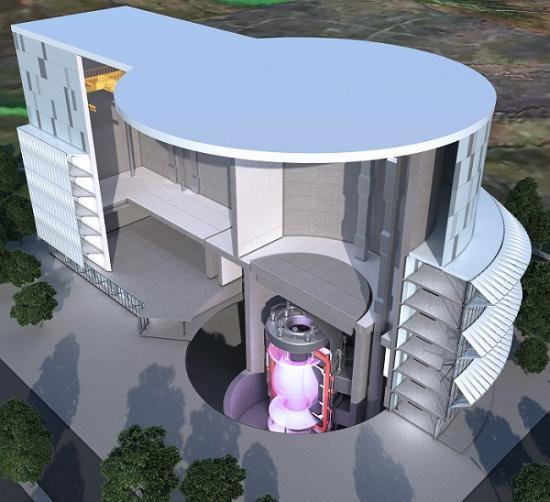 Cllr Nicola Sinclair, Chair, Caithness Area Committee has written a letter on behalf of all of the Caithness councillors in support of the possible siting of a fusion Reactor at Dounreay.

As Chair of Caithness Area Committee, I am writing on behalf of all eight Caithness councillors to state our unanimous, cross-party support for the bid to site the STEP Prototype Fusion Reactor in

We believe that Caithness is ideally positioned to develop this technology, having hosted prototypical reactors for the UK Atomic Energy Authority and the Ministry of Defence for six decades. Both licensed sites support a highly skilled local workforce and a diverse supply chain across the Far North that is unlike any other in the United Kingdom.

Fusion technology has the advantage of creating abundant energy with no long-life radioactive waste and inherent safety benefits over conventional nuclear development. The specialist skills developed at both the Dounreay and Vulcan sits are readily transferable to fusion. This expertise and technology can be exported globally, as well as acting as a catalyst for further R&D and inward investment.

Long-term, the STEP programme is a natural successor to the Dounreay site, with the potential to create hundreds of highly skilled jobs and support an extensive apprenticeship programme. A whole

new generation could benefit from the spin-off businesses and innovation that will inevitably flow from this project, and the education and employment opportunities will last for decades to come.

Beyond Caithness, the bid will strengthen opportunities for Highland in its drive towards net zero, and build on the reputation of our region as the energy centre of the whole country.

In short, the STEP Prototype Fusion Reactor is a critical opportunity to diversify the Caithness economy and present a positive, long-term vision for the prosperity of our county.

As elected members we fully endorse the bid and are committed to working with key regional and national stakeholders to bring it to fruition.

The letter is included with papers for the Highland Council meeting on 25th March 2021.

Extracts from the papers

The UK Atomic Energy Authority has announced an ambitious programme to design and construct a prototype fusion power plant. In the first instance they have announced an open competition for a community to host this prototype. The purpose of this report is to highlight the Spherical Tokamak for Energy Production (STEP)

opportunity and to seek Council agreement that the Dounreay site in Caithness is supported as the site being proposed by The Caithness and North Sutherland Partnership.

Members are asked to agree to the submission of the Dounreay site as a potential site for the STEP prototype Fusion power plant.

UK Atomic Energy Authority (UKAEA) (Appendix 1) has announced an open competition for a community to host the site to house the construction of a prototype fusion power plant. (STEP). The site assessment process occurs in three phases and the initial phase has three critical elements:

1. An applicant organisation with local jurisdiction capable (in personnel and funding) of bidding and engaging with UKAEA on the process.

2. A site identified with an owner willing to discuss potential commercial arrangements.

3. Confirmation that local policy (Devolved Governments and relevant Local authorities) are in favour of a development.

STEP is a publicly funded Programme and is committed to delivering a full range of social benefits. The aim is to deliver not only a clean energy future but also a lasting and significant boost to the host community. The project will have a significant operational life and will employ many staff. Estimates are that there would be

hundreds of jobs in the latter stages of planning and design, thousands in construction and a few hundred in operations. The opportunity fits with the timing of the anticipated reduction of jobs from the decommissioning of Dounreay. The highly technical process of Fusion suggests that ready transferability of existing staff skills would be likely and that roles would be well paid. Initial investigations indicate that Dounreay would be a good match against the site criteria set by UKAEA.

The benefits of attracting the UKAEA to invest in the Dounreay site can be summarised as follows:

1. It will have a significant operational life and could employ significant numbers of staff. Although job numbers that would be created are not identified in the current documentation, we could assume jobs of up to several hundred based on other nuclear research and power generation plants.

2. The jobs created would be highly skilled technical roles and therefore would be well paid.

3. The timeline of the project would be a good fit with the reduction of jobs at Dounreay.

4. The skills of Dounreay staff would be in the large readily transferrable to fusion.

5. As this is a prototype it will develop technology and expertise that could be exported around the world. There is the potential for a significant supply chain being built up locally that could potentially export worldwide.

6. UKAEA have identified resources to support an apprentice training scheme in the area surrounding STEP and will work with local education and training providers at the earliest opportunity. There are existing and highly respected apprentice programmes in the Caithness and North Sutherland area which could be readily adapted to the fusion programme.

8. This is likely to be a highly competitive bidding process, with numerous sites around Scotland and the UK bidding. The process of identifying and developing the bid in this situation would strengthen the cohesion of the partnership working and establish the basis to attract other inward investment propositions. A well-structured bid would further raise the area's profile and publicly demonstrate the ambition of the region to be the powerhouse of green energy production in the UK.