The Elections Bill: Examining The Evidence 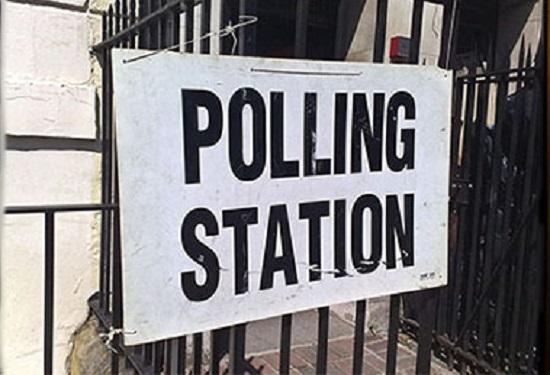 Posted on September 23, 2021 by The Constitution Unit.

The Elections Bill is currently being scrutinised by the Commons Public Administration and Constitutional Affairs Committee, which has received a large amount of evidence from a wide range of academics and organisations. Ahead of today's Unit webinar on the bill, Emilia Cieslak offers a summary of the key themes, including the parts of the bill that are welcomed, and the sections that have caused concern.

The Elections Bill currently before parliament aims to tackle a wide range of issues, including fighting electoral fraud, increasing parliamentary supervision of the Electoral Commission, and extending the franchise to more overseas electors and EU citizens. The bill recently received its second reading in the Commons. It is currently going through committee stage and is also being reviewed by the Commons Public Administration and Constitutional Affairs Committee (PACAC). While some provisions have proved popular, many have attracted criticism.

This post reviews the written evidence submissions to PACAC's inquiry, focusing largely on the most controversial provisions: the introduction of photographic voter ID, changes to parliamentary scrutiny of the Electoral Commission, and reform of campaign spending rules. Before addressing those controversial aspects, however, I highlight sections of the bill that are generally welcomed.

The bill proposes to abolish the current 15-year limit after which overseas electors become ineligible to vote. This has so far met very little opposition, and has strong support from groups representing British citizens living abroad. Several submissions (for example, from the Electoral Commission and Association of Electoral Administrators) do, however, draw attention to practical difficulties. And one submission, from Professor Justin Fisher, argues that the principled case for the change is not straightforward.

Meanwhile, no submissions oppose extending voting and candidacy rights to EU citizens through bilateral arrangements with individual member states. Most welcome changes to provision for voters with disabilities, though some identify what they see as flaws in certain elements of those measures.

The introduction of digital imprints is hailed as an overdue, necessary step to tackling the problem of misleading campaign material online. Most respondents writing on the topic argue that the provision is a good start, but that more is needed. Dr Sam Power comments that the provision should be accompanied by a renewed focus on citizen engagement and digital literacy campaigns. The Electoral Reform Society argues for a requirement that campaigners provide invoices on their digital spending, an open database for all political advertisements, and a code of practice on use of sensitive data. Multiple respondents warned about the rapid development of technology which means the legislation will require post-legislative scrutiny and frequent updates to avoid new loopholes developing.

The introduction of a requirement for photographic voter ID in Great Britain (which already exists in Northern Ireland) is fiercely debated. The government argues that the provision is needed order to secure the integrity of elections.

However, multiple respondents to the inquiry point out the lack of evidence that electoral fraud, and in particular personation, is a widespread problem in the UK. Dr Alistair Clark cites a survey, conducted with Professor Toby James, of 5659 poll workers in the UK in 2018 and 2019 which found that ‘94-95%' of polling station workers reported no cases of being unsure of someone's identity, while around 99% of polling station workers said that they have no concerns about electoral fraud in polling stations.

Multiple charities raise concerns about the potential negative impact of the change on voters from marginalised communities, including older people (Silver Voices, Age UK), disabled people (Sense, Royal Mencap Society, Inclusion Scotland, Royal National Institute of Blind People (RNIB)), people from ethnic minorities (Voice4Change England, Runnymede Trust), trans and non-binary people (LGBT Foundation, Stonewall, Mermaids), and people from lower socio-economic backgrounds (Electoral Reform Society). Even with the proposal to introduce a free voter ID card, many charities worry about this additional barrier to voting and some cite the government's own research finding that 42% of people who do not have a valid photo ID would be unlikely or very unlikely to apply for a free voter card.

Groups representing polling station staff have concerns, meanwhile, around additional administrative burdens and potential for conflict at the polling booth if people are turned away. Both the Association of Electoral Administrators (AEA) and the Electoral Management Board for Scotland (EMBS) point out that electoral officials are not included in the section on undue influence in the bill. They also both concerned that the measure will create issues with recruitment. As the EMBS puts it, ‘Polling staff will no longer be fellow citizens assisting in the election, but officials checking voters' identity papers. This will be a less attractive job given the likely associated conflict and bureaucracy.’

The security of an election must always be weighed against its accessibility. But the overwhelming weight of opinion expressed in the evidence submissions is that the provision could have significant negative effects while attempting to solve a negligible problem.

There is a widespread concern that proposed changes to how parliament scrutinises the Electoral Commission will undermine the independence of the elections regulator. Criticisms focus on the proposals for a ‘Strategy and Policy Statement’ which would allow the Secretary of State to set out ‘strategic and policy priorities of Her Majesty’s government’ relating to elections and referendums. Under the bill, the Speaker’s Committee would have a duty to review the Electoral Commission’s operations with regards to the Strategy and Policy Statement and the Secretary of State would be able to attend meetings of the Committee. Many of the submissions point out that for the first time the Speaker’s Committee has a single-party majority.

Many submissions emphasise the importance of maintaining the Commission’s independence. Professor Justin Fisher argues that ‘for the Electoral Commission to function effectively and independently, it should - as far as is possible - be free from interference from those whom it seeks to regulate’, adding that the Electoral Commission’s compliance with such a document would ‘significantly diminish the necessary independence of the Commission, both literally and in the eyes of the electorate’. Similarly, the Committee on Standards in Public Life says, ‘There is a risk that the actual or perceived operational independence of the Commission could be compromised by a duty to comply with a strategy and policy statement which sets out the policy priorities of the government of the day’. Dr Sam Power calls the move ‘a retrograde step with regards to the Elections Bill’s stated aim of protecting democracy’.

These concerns are shared not only by academics but also by a wide range of civil society groups, charities, and trade unions. No single submission argues for the Strategy and Policy Statement or the broader changes in the scrutiny of the Electoral Commission. The submission from the Constitution Unit’s Deputy Director, Dr Alan Renwick, focuses on these issues.

Proposed changes to campaign spending rules aim to increase transparency during elections. The submissions to PACAC demonstrate the worries of the civil society organisations and trade unions that will have to deal with these provisions in practice. Briefly, some of the key provisions are:

Clause 22 states that a third party may not incur controlled expenditure (i.e., more than £700 in the 365 days before election day), unless they are included in the list of eligible third parties in section 88 of the Political Parties, Elections and Referendums Act 2000 (PPERA), or an unincorporated association with the requisite UK connection.
Clause 23 allows the Secretary of State to add, remove, or define permitted participants in section 88 of PPERA.
Clause 24 reduces the spending threshold at which organisations must register with the Electoral Commission from £20,000 to £10,000 during the regulated period.
Clause 25 places limits on permitted joint campaigning by political parties and third parties, by imposing new spending rules where the parties are working towards a ‘common purpose’.
Civil society groups and trade unions including Best for Britain, Bond and the Trades Union Congress (TUC) fear that the combined effect of clauses 22 and 23 will be to allow the Secretary of State to exclude whole categories of organisations and individuals from campaigning. On clause 24 many civil society organisations are concerned that the extra administrative burden on smaller organisations with less experience and fewer resources will have a ‘chilling effect’, as some may ‘auto-exclude’ from election campaigning.

Clause 25 is particularly criticised by the TUC and the National Trade Union and Labour Party Liaison Organisation (National TULO). These organisations claim that the clause is an attack on freedom of association and speech and again may cause a ‘chilling effect’ as civil society will hesitate to work with political parties, concerned that their campaign may fall under the broad purview of ‘common purpose’. In contrast anti-corruption expert Dr Sam Power states that this and other clauses ‘extend existing (sensible) principles in electoral law, or close loopholes therein such that they represent welcome reforms’.

The three main areas of controversy - voter ID, the independence of the Electoral Commission, and campaign spending - highlight that the bill strives to balance competing interests, including the security and the accessibility of voting, parliamentary scrutiny and the independence of the Electoral Commission, transparency of campaigning and allowing campaigners to freely participate. Many of the submissions have serious doubts as to whether the appropriate balance has been struck.

The themes explored in this post will be the subject of the Unit’s next webinar, Reforming elections: assessing the government’s proposals, which will take place today at 1pm. This is the first in a short series of posts on the Elections Bill, which will appear over the course of the next few weeks, and will include contributions from the Unit’s Deputy Director, Dr Alan Renwick, and Professor Justin Fisher.

About the author - Emilia Cieslak is a research volunteer at the Constitution Unit.