Gas Prices: How To Ensure Consumers Don't Pay For The Next Energy Crisis 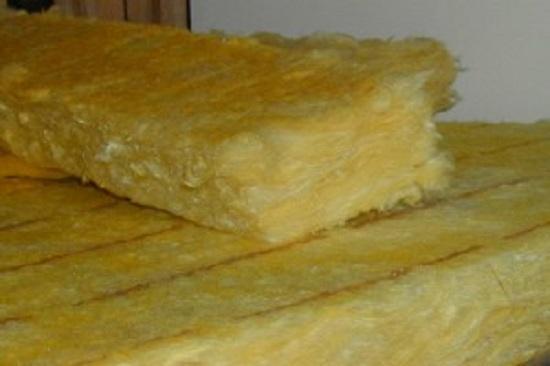 Wholesale gas prices have increased by 250% in the UK since January, and 70% since August, causing some energy suppliers to collapse and factory production to falter.

The roots of the UK's energy crisis are now well-documented. A cold winter depleted gas reserves and rebounding global economic activity in the spring and summer meant these weren't replenished, while low winds in late August and September becalmed renewable power generation, prompting energy companies to increasingly burn expensive gas - which the UK has had significantly less space to store since 2017.

As a result, household bills are expected to rise by a further £139 in October 2021 - a rise limited only by Ofgem's energy price cap. Alongside a cut in universal credit, increasing national insurance contributions and the end of the furlough scheme, winter 2021 could push countless households into fuel poverty, on top of the 3.5 million already fuel-poor homes.

At the same time, Insulate Britain activists are campaigning to force the government to fund home energy efficiency improvements by blocking sections of the M25. Media coverage has largely failed to connect these two stories, but the UK government's inaction on home insulation has in one sense been a major contributor to the current energy crisis.

The majority of UK homes leak heat like a sieve and are hungry for gas. In 2019, just 40% of (or 9.9 million) dwellings were in the top three tiers for energy efficiency (bands A to C). The government has committed to support as many existing homes as possible to reach band C by 2035. Upgrading a band-D home to band C would result in average annual savings of £179, while upgrading one from band E would save £594 a year. The recent surge in energy prices mean these savings are certainly underestimates.

The Climate Change Committee, an expert body which advises the government, estimates that the UK will need to better insulate half its current housing stock of 29 million homes to cut emissions from homes to net zero. The annual installation of loft insulation must be 22 times greater by 2025 than in 2020. That's the equivalent of jumping from insulating a single home a year to an entire street within just a few years.

Back in 2012, the UK was actually delivering home insulation above the annual targets deemed compatible with the UK's net zero target. Progress stalled with the introduction of the Energy Company Obligation in 2013, which compelled energy suppliers to reduce household bills and emissions. This led to more expensive interventions, such as external wall insulation, which demanded greater contributions from most households.

The UK government did try to make the process more affordable with the Green Homes Grant. But this achieved relatively little before being axed after six months - a failure of policy design rather than a lack of appetite from the public.

Despite delivering just £256 million across 47,500 households - a fraction of the targeted £1.5 billion investment across 600,000 homes - the voucher scheme web page attracted over half a million unique views. It received 3,000 complaints from applicants due to delays in the issuing and paying of vouchers and difficulties in finding certified installers.

Energy efficiency is also only the first step to reducing household exposure to gas price shocks. The next is to move homes away from gas entirely, for example by installing heat pumps powered by (renewable) electricity in place of boilers.

National priority
Energy efficient homes feel warmer, are more comfortable and better for health and wellbeing. Heat pumps can also be used for cooling too, which will be vital during the hotter summers predicted as the UK's climate changes.

But energy efficiency is not just a matter of consumer choice, but one of national energy security. In 2020, the UK imported almost half of its gas. The electrification of domestic heating can reduce the country's reliance on gas imports, since heat pumps can be powered by electricity generated domestically. The costs of renewable power generation also continues to tumble and now undercuts gas. Generating electricity from existing UK gas power plants is three times more expensive than from new onshore wind and almost twice that from new solar.

Of course, renewable electricity is not immune to short-term price shocks, given its inherent intermittency. Even so, replacing gas with renewable power and coupling this with smart grids and significant amounts of electricity storage, like grid-scale batteries and electric vehicle-to-grid, will help to better align periods of energy demand and supply.

The main barrier to people adopting new household technologies appears to be cost. Many homes also need an improved level of insulation before heat pumps can operate most effectively. The price of insulating and switching all UK homes to low-carbon heating is estimated to be £15 billion a year until 2050 - about £26,000 per home. For most households, the upfront cost is likely to be too high and monthly energy bill savings too small.

Learning from the failure of the Green Homes Grant and Energy Company Obligation, the UK government must make access to home insulation and low-carbon heating grants easy and attractive. These should sit alongside strict deadlines for phasing out gas and oil boilers, as well as minimum building efficiency standards for all new homes.

These carrot-and-stick policies will only work with a supply chain capable of delivering on them. Retraining programmes desirable to workers are essential, as are measurable standards to ensure each installation and renovation performs as expected. Shifting the costs of all this from energy bills to general taxation would immediately reduce bills for the fuel-poor.

The transition to low-carbon homes will ultimately offer an opportunity for businesses too. A recent report suggests that if the government invested around £5 billion in reftrofitting homes by 2024, it would create 100,000 jobs, generate revenues in excess of £12 billion, and potentially provide an additional £21 billion of GDP.

Now is the time for the government to acknowledge that record energy prices are a function of our addiction to gas and to take immediate steps to wean households off this fossil fuel. By insulating UK homes, we can also insulate households from unpredictable gas prices and spiralling bills.

This article was first published at The Conversation web site.
To read it with more links go HERE