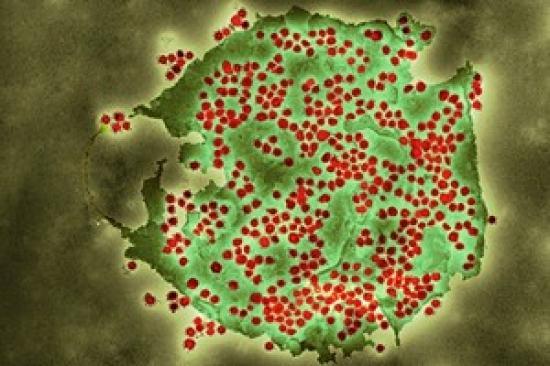 The Delta variant sub-lineage known as Delta AY.4.2 was designated a Variant Under Investigation (VUI) by the UK Health Security Agency (UKHSA) on 20 October 2021 and has been given the official name VUI-21OCT-01.

The designation was made on the basis that this sub-lineage has become increasingly common in the UK in recent months, and there is some early evidence that it may have an increased growth rate in the UK compared to Delta. More evidence is needed to know whether this is due to changes in the virus' behaviour or to epidemiological conditions.

The genome of VUI-21OCT-01 does not have many mutations compared to Delta. However, a small change may be enough to cause a difference in the virus properties in some circumstances. UKHSA is monitoring this closely.

The original Delta variant remains overwhelmingly dominant in the UK, making up approximately 99.8% of all cases. As of 20 October, there were 15,120 cases of VUI-21OCT-01 confirmed by whole genome sequences in England since it was first detected in July. In the last week, VUI-21OCT-01 accounted for approximately 6% of all Delta cases. Cases have been confirmed through whole genome sequencing in all 9 regions of England.

While evidence is still emerging, so far it does not appear this variant causes more severe disease or renders the vaccines currently deployed any less effective. As is routine for any new variants under investigation, UKHSA is carrying out laboratory and epidemiological investigations to better understand the properties of this variant.

Dr Jenny Harries, Chief Executive of the UK Health Security Agency, said:Viruses mutate often and at random, and it is not unexpected that new variants will continue to arise as the pandemic goes on, particularly while the case rate remains high. It is testament to the diligence and scientific expertise of my colleagues at UKHSA, and the genomic sequencing capacity developed through the pandemic, that this new variant has been identified and analysed so quickly. However, it should serve as objective evidence that this pandemic is not over.

The public health advice is the same for all current variants. Get vaccinated and, for those eligible, come forward for your third or booster dose as appropriate as soon as you are called. Continue to exercise caution. Wear a mask in crowded spaces and, when meeting people indoors, open windows and doors to ventilate the room. If you have symptoms take a PCR test and isolate at home until you receive a negative result.

UKHSA continues to examine all available data relating to SARS-CoV-2 variants in the UK and abroad. We constantly assess the genetic diversity within the known Variants of Concern (VOCs) to inform our ongoing public health response to the pandemic. New sub-lineages within Delta continue to be identified. This is to be expected and UKHSA is monitoring the situation closely.