Bitcoin: Why Its Value Has Rocketed Once Again 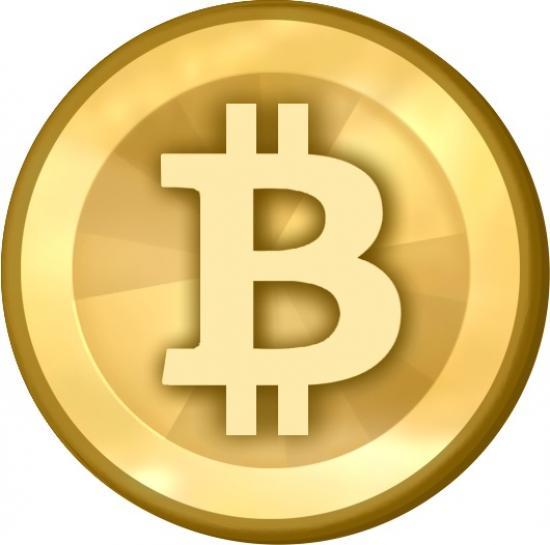 Bitcoin's journey into mainstream finance has reached another major milestone - and another record price. The cryptocurrency was trading at US$66,975 (£48,456) following the launch of an exchange traded fund (ETF) in the US which has dramatically increased bitcoin's exposure to investors.

The fund, which opened on October 19, allows investors to speculate on the future value of bitcoin - without actually owning it. It is the first time investors have been able to trade an asset related to bitcoin on the New York Stock Exchange, and was preceded by much media attention and hype in financial markets.

It began trading at US$40 (£29) a share and finished the day up 5% with some US$570 million (£412 million) of assets, making it the second most heavily traded new ETF on record (the first was set up by BlackRock, the world's biggest asset management company).

Many financial institutions have previously tried to get approval for bitcoin ETFs without success. Until now, the Securities and Exchange Commission (SEC) (the US government agency which protects investors) has been reluctant to approve any. This was partly due to the intense volatility of bitcoin, as well as broader concerns about the unregulated industry of cryptocurrencies.

But Gary Gensler, chairman of the SEC, said the commission would be more comfortable with "future-based" ETFs because they trade on a regulated market. This is a significant change of direction for the SEC which has happened since Gensler arrived at the helm in April 2021.

ETFs trade like any normal stock, are regulated, and anyone with a brokerage account can trade them. This new fund, named the ProShares Bitcoin Strategy ETF (or BITO for short), is the first to expose mainstream investors to the highs and lows of bitcoin's value, without them having to go through the complex process of purchasing the coins themselves.

Although US investors could already buy bitcoin futures directly from the regulated Chicago Mercantile Exchange and unregulated exchanges such as BitMEX (as well as bitcoin directly from unregulated exchanges), the launch of an ETF opens up the market to a wider variety of investors, including pension funds - and adds to the growing acceptance of bitcoin in the financial markets.

Some are still sceptical of bitcoin due to its link with criminal activity, although a recent report suggests this seems to be diminishing. And Jamie Dimon, the CEO of investment bank JP Morgan, claims bitcoin is "worthless" and that regulators will "regulate the hell out of it". (Nevertheless, JP Morgan gave its wealth-management clients access to cryptocurrency funds in July 2021.)

Banking blockbuster
Eric Balchunas, a senior analyst at Bloomberg, is not surprised by the price appreciation and described the ETF launch as "a blockbuster, smash, home run debut [which] brings a lot of legitimacy and eyeballs into the crypto space".

But what impact will BITO have on the cryptocurrency space? As a new product it has already exposed more investors to the ups and downs of bitcoin's value in a regulated market. Many of these are likely to have previously felt uncomfortable buying cryptocurrencies from unregulated exchanges and having to store the asset themselves.

Other investment funds with an interest in cryptocurrencies will be no doubt be encouraged by BITO's success, and keen to list ETFs of their own which are exposed to bitcoin and its rivals. Several other ETF providers are likely to launch their bitcoin ETFs in the days following ProShares' debut, including Invesco, VanEck, Valkyrie and Galaxy Digital.

It is a development which is bound to make investing in cryptocurrencies easier and more common - and an important stepping stone for their adoption into mainstream finance.

Explanation of Bitcoin at Wikipedia
Bitcoin (₿) is a decentralized digital currency, without a central bank or single administrator, that can be sent from user to user on the peer-to-peer bitcoin network without the need for intermediaries.[8] Transactions are verified by network nodes through cryptography and recorded in a public distributed ledger called a blockchain. The cryptocurrency was invented in 2008 by an unknown person or group of people using the name Satoshi Nakamoto.[10] The currency began use in 2009[11] when its implementation was released as open-source software.[7]: ch. 1

Bitcoins are created as a reward for a process known as mining. They can be exchanged for other currencies, products, and services,[12] but the real-world value of the coins is extremely volatile.[13] Research produced by the University of Cambridge estimated that in 2017, there were 2.9 to 5.8 million unique users using a cryptocurrency wallet, most of them using bitcoin.[14]

Bitcoin has been criticized for its use in illegal transactions, the large amount of electricity (and thus carbon footprint) used by mining, price volatility, and thefts from exchanges. Some economists and commentators have characterized it as a speculative bubble at various times. Bitcoin has also been used as an investment, although several regulatory agencies have issued investor alerts about bitcoin.[13][15][16] In September 2021, El Salvador officially adopted Bitcoin as legal tender, becoming the first and only nation in the world to do so.[17]

The word bitcoin was defined in a white paper published on 31 October 2008.[4][18] It is a compound of the words bit and coin.[19] No uniform convention for bitcoin capitalization exists; some sources use Bitcoin, capitalized, to refer to the technology and network and bitcoin, lowercase, for the unit of account.[20] The Wall Street Journal,[21] The Chronicle of Higher Education,[22] and the Oxford English Dictionary[19] advocate the use of lowercase bitcoin in all cases.
For more of this article go to https://en.wikipedia.org/wiki/Bitcoin