Lorry-driver Shortages: How Retailers Are Starting To Move More Goods By Train 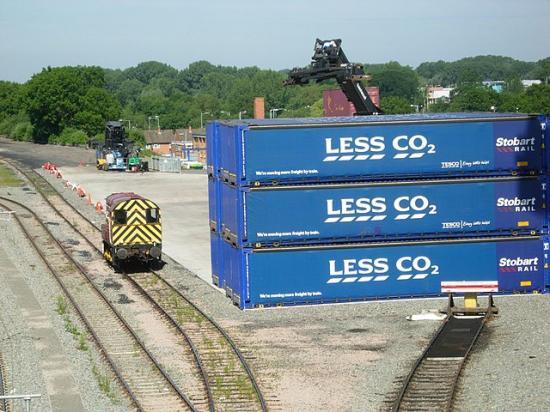 The UK economy has been reliant on carrying goods by road for decades. In recent months a lack of HGV drivers has been one of the main reasons for food shortages on supermarket shelves. Estimates suggest the UK needs 100,000 more drivers, with 53,000 fewer people doing the job than in 2017, according to the Office for National Statistics.

There are now some signs of a shift to carrying goods by rail, after a period of declining use of trains for freight. The UK government has just announced a doubling of freight train capacity at the port of Liverpool, while a GB Railfreight service between Liverpool and the East Midlands launched in late 2020 expects to take 20,000 lorry journeys off the roads.

Lorries are generally regarded as cost effective compared to rail, particularly for moving items over short distances, such as from regional distribution centres to retail stores. UK roads offer more direct access to customers as many delivery points are located on the road network but not on a railway line.

But trains offer environmental advantages: research suggests that each freight train removes around 76 lorries from the road. Per tonne of goods moved by rail, there are around eight times fewer emissions produced than from road transport. Around 91% of UK emissions originate from road transport, making it the highest contributor to the UK's greenhouse-gas emissions.

One obstacle to expanding rail freight is the investment needed in additional equipment to lift containers on and off the rail network. However, as rail freight increases and infrastructure is in place these costs will come down. Generally economies of scale should mean rail freight costs overall will reduce as more companies make the switch.

However, some of the biggest UK retailers are already increasing their use of trains, with ASDA moving clothing from Teesport in North Yorkshire by rail to four clothing distribution centres, with onward journeys from there to stores by road. Tesco is using temperature-controlled rail containers to move fresh produce from Spain to Scotland, and plans to increase use of trains, moving from 65,000 to 90,000 40ft containers by the end of 2021.

The final mile
Perhaps rail's greatest weakness is delivering the final mile of the journey from stations to warehouses or shops. But larger zero-emission electric trucks are becoming more widely available. Bikes can help to cut both congestion and pollution. DHL is already operating cargo bikes for final mile deliveries in The Netherlands, Austria, Belgium, Finland, Germany and Ireland. In London, DHL is using cargo bikes and a Thames river boat service for parcel delivery.

The UK government's plans for the north of England via the Northern Powerhouse Partnership included plans to grow freight transport. But a recent announcement that a high speed rail link to Leeds (HS2) is being scrapped may reduce possibilities to grow regional rail freight by more than 50%.

One of the main problems facing the UK rail freight industry today is the congested network has few gaps in the passenger train schedules for non-stop freight services - a problem that increased capacity created by the fast HS2 rail link would have relieved.

In the short term, more carriages and longer platforms are being considered to increase rail network capacity. More passengers using fewer, longer trains would free up space in the schedule and on the track for more freight trains.

Since 2013 the UK government has also been quietly encouraging a shift to moving goods by water as a way to achieve its environmental objectives towards net zero. It even offers grant funding to cover the additional operating costs that might be incurred as a result.

For example, Kellogg's has moved 2,500 containers a year to the port of Merseyside on the Manchester Ship Canal. This helps remove around 5,000 HGV trips from the road each year.

Both rail and water offer opportunities to reduce the reliance on lorries and to make moving freight in the UK more environmentally friendly, helping the UK to reach net-zero emission targets.

This article was published at The Conversation web site. To read it with more links to further information go HERE