Lumo: Why The Latest Edinburgh-london Train Service Could Wean Us Off Planes And Roads 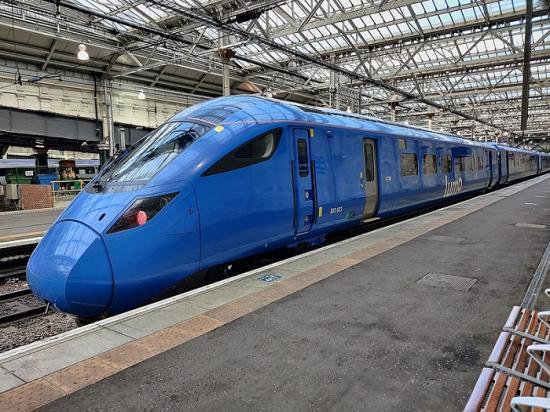 It arrived in a blaze of publicity with its bright blue livery and £20 one-way tickets from Edinburgh to London - a fraction of the usual price. New player Lumo, a subsidiary of Scottish transport operator FirstGroup, is putting up two trains daily between the two capitals. The journey, with restricted calling points that have left Yorkshire upset, aims to expand to five services daily in each direction in 2022.

One of the largely unfulfilled promises when state-controlled British Railways was replaced by private operators in the 1990s was that ultra-cheap services would appear in specific markets between certain destinations. But up until now, this largely hasn't happened, so any addition should be celebrated.

Having said that, nothing about Lumo is really new - not even the somewhat limited supply of cheap £20 tickets. Similar cheap deals could be found while the London to Edinburgh service was publicly operated by the Department for Transport between 2009 and 2015. Like Lumo, a limited number of cheap tickets could be obtained via advanced purchasing.

These deals are, in commercial terms, unquestionably "loss-leaders" - their purpose is to generate new travel habits at a temporary loss-making price, and to create positive publicity at a time of flux in travel patterns generally.

Private operators who have run the east coast mainline from Edinburgh to London in the past have encountered financial difficulties even with generally more expensive fares, so Lumo's ultra-cheap deals are unlikely to be sustainable without systemic change. Yet systemic - even revolutionary - changes in the way we pay for travel do appear to be emerging.

Challenging domestic flights
The current fares system is notoriously complex and expensive. One of the purposes of the government's latest railway reorganisation into an overarching body known as Great British Railways is to simplify the system and make it cheaper.

Sir Peter Hendy, the chairman of Network Rail - the Department of Transport's public body that oversees the UK railways - has a bold vision inherited from successfully running Transport for London: ticketless travel, where passengers have the confidence to simply swipe their credit cards and board the train.

It is certainly bold, but promoting public confidence in going ticketless arguably needs a Lumo-sized leap in ticket pricing. Lumo's success may therefore play a minor, but important, part in making such changes more widely plausible.

Irrespective of these far-sighted plans, Lumo is also taking advantage of the general disruption to patterns of movement caused by the coronavirus pandemic. Its loss-leader service could well poach air travellers and generate new passenger journeys that would otherwise not have been undertaken.

It has long been known that flights of 400 miles or less are vulnerable to train services that can average 100mph+ on the same journey. Creeping security enhancements at airports has only made this more true, as have environmental concerns, and the prospect of cheaper train tickets serves to underscore these issues more than ever.

Reliability not speed
If Lumo turns out to be a long-term success, it also raises awkward questions in Britain about the future of high-speed rail. Much of its romantic, political and technological appeal has rested on the drama of sheer speed.

But if the average Lumo train - timed at an average of 87mph on the London to Edinburgh route – can out-compete airlines on Britain's longest major routes, then the purpose of an extension to Britain's high-speed rail network seems dubious. Why would Britain need yet more railways engineered to a 225mph standard if the current 125mph grading does the job? Disappointing though the loss of the HS2 extension to Leeds may be, the deprivation may be more a loss of prestige than practical detriment.

Luckily, high speed is not the only, or even the main issue in contention here. With a long and successful career in the comparatively slow-moving world of buses, Network Rail's chairman knows that the key to public transport usage is a deep-seated public confidence in the service – built on regularity, reliability and simplicity. Speed is in fact a secondary issue, especially on a relatively small island.

Regular frequent ticketless services at Lumo-style prices, which are already in use in Holland, would not just render the domestic airline industry redundant but perhaps even begin to make good on Richard Branson’s 1997 promise to begin to "empty the M6".

It’s an exciting prospect for the future of public transport that requires reliability, simplicity and capacity rather than velocity. The new Lumo service amply illustrates these prospects.

Note
This article was first published at the conversation web site. To read it with more links to other information go HERE

LUMO
Edinburgh to London and limited stations in between.
Read about this new service Lumo
To get the best deals you may need to book 12 weeks in advance.
You can use normal Rail cards to get discounts.