Sailing In Treacherous Seas - No Comfort In This Latest Economic Report 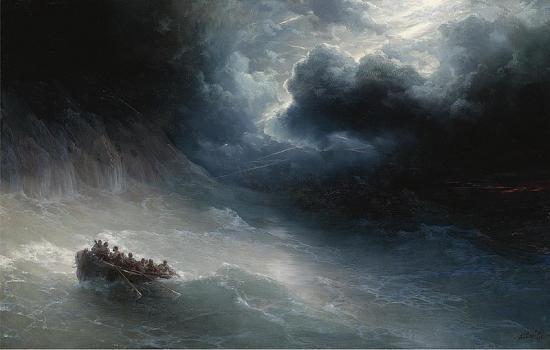 A report from the National Institute of Economic and Social Research published today (11 May 2022) predicts what most of us already know but is startling when you see the stark realities in a few sentences.

Cumulative policy responses to the exceptional sequence of shocks, which have buffeted the economy since June 2016, are set to lower the real incomes of households in the UK.

In addition to the human misery and devastation it has caused, the Russian invasion of Ukraine has led to further rises in oil and gas prices and inflation more generally. From the point of view of the United Kingdom, this has acted as a terms of trade shock and as such would be expected to lead to a rise in inflation and a fall in output and real income. This is reflected in our forecasts for GDP, inflation, real incomes and consumption over the medium term.

We expect GDP to increase by 3.5 per cent in 2022 - declining in the third and fourth quarters - then by 0.8 per cent in 2023 and 0.9 per cent in 2024. The medium-term outlook for GDP growth is slow even by the standards of recent history, returning to 1.5 per cent only in 2026. The combination of shocks - Brexit, Covid-19 and the recent shocks to energy prices - is set to leave the incomes of people in the UK permanently lower.

Given the terms of trade shock, we expect real incomes to decline. Our forecast suggests a decline of 2.4 per cent in 2022, accompanied by a small rise in unemployment in 2023 to 5.1 per cent. We still, however, expect private consumption growth of 4.7 per cent this year, with the household sector assumed to use some of the estimated £200 billion of savings accumulated under Covid-19 to smooth spending patterns and ensure that consumption falls by less than income.

Rising prices and higher taxes are squeezing household budgets. For 2022-23 we estimate that 1.5 million households across the UK face food and energy bills greater than their disposable income, with the highest incidence in London and Scotland.

The Chancellor should provide emergency support to cushion this income shock. We show that a Universal Credit uplift of £25 per week between May and October 2022 would cost around £1.35bn; an additional £2.85bn should be given to the 11.3m lower-income households, amounting to a one-off cash payment worth £250 per household for 2022-23.

We expect the government's fiscal deficit to fall from 5.8 per cent of GDP in 2021-22 to 2.7 per cent in 2022-23 and 1.0-1.2 per cent in the years thereafter. Government debt as a share of GDP is forecast to fall in each year of the forecast to 81 per cent in 2026-7, aided by higher nominal GDP. With this improvement in the fiscal position, we would expect fiscal policy to loosen to cushion households - particularly poorer households - against real income falls. However, the Spring Statement did not do enough in this regard nor to support regional regeneration as we emerge from Covid-19. This failure of fiscal policy to support the right social outcome again demonstrates the need for a rethink of the fiscal framework, as suggested by NIESR in our Occasional Paper on ‘Designing a New Fiscal Framework'.

The fiscal policy stance has also made the job of the Monetary Policy Committee harder. With inflation continuing to rise to multi-decade highs, we expect further rate rises to take place throughout 2022 with Bank Rate reaching 2 per cent in the final quarter of the year, settling at around 2.5 per cent for the majority of the forecast period. But the MPC will have to navigate carefully the treacherous waters caused by the tension between, on the one hand, allowing inflation expectations to deanchor and, on the other hand, plunging the economy into a deep recession.

PHOTO
Picture "anger of the seas" by Aivasovsky - 1886
By Ivan Ayvazovsky - picture "wrath of the seas" Public Domain, https://commons.wikimedia.org/w/index.php?curid=74286386