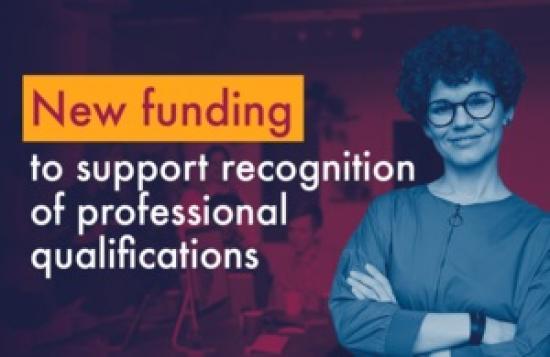 Government to fund professional bodies and regulators to agree deals to support the recognition of professional qualifications with overseas counterparts.

grants worth up to £75,000 each to acquire new staff or hire consultants to help secure the recognition of UK professional qualifications in their respective fields

will help to ensure British accountants, lawyers, architects and others are free to use their qualifications globally.

UK professionals looking to work abroad will benefit from new funding for regulators and professional bodies, the government has announced today (Wednesday 3 August 2022).

The Recognition Arrangements Grants Programme will provide grants of up to £75,000 to UK regulators to develop recognition arrangements with their international counterparts and ensure British professionals have their qualifications recognised overseas.

The UK is the second largest exporter of services in the world and this new funding will help to boost our advantage in trade in services.

Business Minister Lord Callanan said, "The UK's professional qualifications are rightly widely recognised as a gold standard for diligence, professionalism, and proficiency around the world.

By creating our Recognition Arrangements Grants Programme, we are supporting regulators to build on this well-deserved reputation for excellence by agreeing recognition of professional qualifications with countries across the EU, ultimately making it easier for our lawyers, surveyors, accountants, and others to work in the EU and elsewhere.

For example, the newly available funding may be used by accountancy professional bodies to agree deals which ensure that UK-qualified accountants will have their credentials recognised by regulators in countries such as Australia and New Zealand. This will enable them to practise their profession overseas, and will be able to access many new business opportunities.

Accounting organisations such as the Institute of Chartered Accountants in England and Wales (ICAEW), who offer industry specific qualifications like the ACA, could use the grant funding to work with equivalent organisations in other countries to establish mutual recognition of both their certifications and those of the other nation.

An ICAEW spokesperson said, "We warmly welcome the announcement by BEIS of this new round of funding.

It will prove extremely useful for UK professional bodies working towards international recognition arrangements as part of the ‘Global Britain' agenda.

BEIS’ pilot scheme was very helpful supporting aspects of ICAEW’s international recognition work and because of this we intend to bid again.

This scheme is the latest step as the UK builds on its role as a global centre for business, commerce, and trade after leaving the EU.

Building on the international prestige of British qualifications, the new resources will help lawyers, accountants, engineers, and others to continue to work or grow their businesses abroad as well as at home.