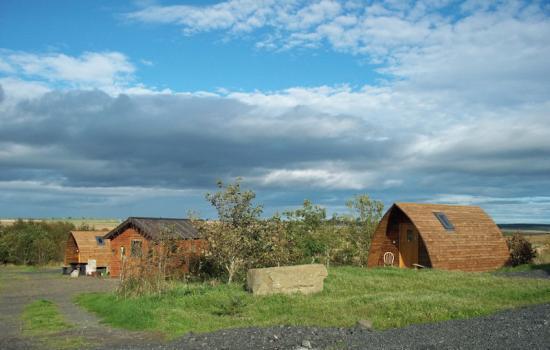 An alternative camping holiday site in Caithness is proving popular with tourists. James and Jenny Polson of Lower Thura Farm near Wick have 2 cosy wooden camping cabins known as Wigwams for hire on their land. Called Bower Wigwams the site attracts people wanting the freedom of camping but with a touch of luxury.

The cabins have a heater and comfy sleeping mattresses on raised platforms for up to 5 people with new shower, toilet and kitchen facilities nearby. Says Jenny "everyone who comes is delighted - it's very central for people travelling around this area or heading over to the northwest coast or Orkney"

For more details go to http://www.wigwamholidays.com/bower_sheilings

Bower Wigwams are one of the two most northerly of 48 sites in the Wigwam Holidays UK network - the other being at Braewick on Shetland http://www.wigwamholidays.com/Braewick_Wigwams