A Tale Of Two Towns - Housing In Caithness 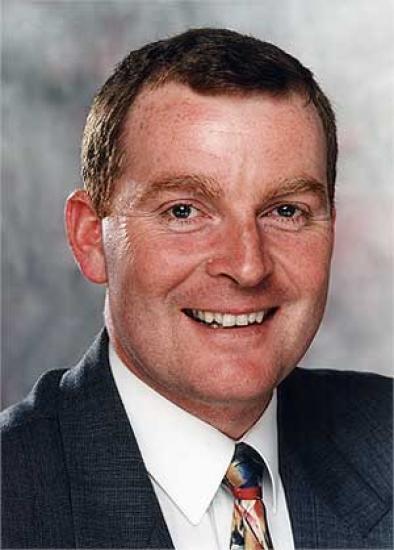 Most people know that the housing market in Scotland's major cities have been booming of late, but what is less well known is that house prices in the rural Highlands are buoyant too with Thurso in particular recording noticeable increases in prices over the last few years.

A Highland home is, of course, an inviting prospect for many who are lured to the region by the various attractions of a rural retreat where they can live and indulge in a range of outdoor pursuits on their doorstep. And certainly the advent of remote and flexible working has made the rural idyll a reality for many people seeking to escape the rat race and adopt a different lifestyle.

A key aspect of the enduring popularity of Highland homes is perceived value for money with many newcomers to the area finding themselves in a position where they are able to trade up to the kind of property that they might have coveted, but had never before been able to afford.

The housing market in Caithness, the most northerly county in mainland Britain with a population of less than 30,000, is essentially a tale of two towns: Thurso, with its close links to the UKAEA site at Dounreay, and former county town Wick. Of the two, Thurso enjoys the more buoyant housing market, largely as a consequence of its proximity to Dounreay.

As a large employer of highly skilled, and high salaried, employees, Dounreay exerts a significant influence over Thurso's housing market. Nuclear scientists with large earning capacity might well be able to secure for themselves a substantial traditional property for around £250,000 or so. Whilst Caithness may be considered relatively inexpensive for outsiders seeking to relocate there, many of the larger properties in the area may well be viewed as expensive to locals.

A feature of the housing market in Caithness is the limited supply of houses and an absence of the typical middle market housing stock found in most of Scotlands towns and cities. Whilst there is a prevalence of council house stock in Thurso referred to locally as the original 'nuclear houses' at one end and some traditional stone built properties at the other, there is a noticeable absence of developments by the well known national builders.

As a result, the stock of council houses in Caithness tends to sell well. Some remarkable prices are being paid for council stock, particularly in Thurso, where more and more houses are sold at closing dates. An uplift is also apparent in Wick and surrounding villages.

Like any other market, the buoyancy of the housing market in Caithness is determined by the levels of supply and demand and, at present, supply is limited whilst demand is fuelled by historically low interest rates with the result that prices are on the increase.

Whilst there small scale new build activity at present in Wick, there is activity in Thurso, albeit on a local scale. There have been some individual design and build plots in Thurso at the top end of the housing market.

There is a healthy demand for large new build houses with the affluent seeking to buy a rural plot where they can build three or four bedroom bungalows, often within a 10 mile radius of Thurso. Arguably the most desirable residential location in Thurso is a property overlooking the river amidst good sized garden grounds. Such properties are usually within walking distance of the town centre with all its amenities, so that it is not difficult to understand why such houses are in strong demand.

Whilst house prices in Thurso have shown a substantial increase over the last few years, Wick and the outlying areas have shown increases too, though to a lesser degree. There is, for example, a significant difference between the home prices facing first time buyers in Wick and Thurso. Whereas a two bedroom council house in Thurso might cost around £50,000, an equivalent property in Wick might cost around £35-£40,000 and the prevalence of a large stock of council houses in both towns means that buying a council property is a common route for first time buyers to gain a foothold on the first rung of the property ladder.

Certainly, there's little doubt that the combination of demand from locals seeking to move up the property ladder as well as incomers to the Highlands be they nuclear scientists or escapees from the rat race together with a limited supply, is acting to fuel house prices throughout Caithness with no sign of any slowdown in the buoyancy of the market.

John Albiston is a Partner in the Inverness office of DM Hall, chartered surveyors. DM Hall, recently opened an office in Wick, Caithness.