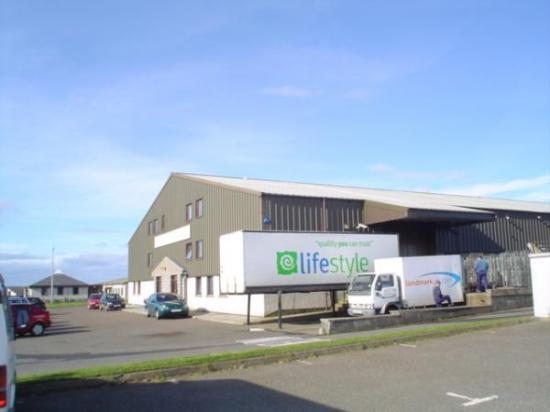 Sutherland Brothers Annual Trade Day is being held in Wick Assembly Rooms on Thursday 25th April between 2pm and 8pm.

If you are a business looking to purchase from a local wholesaler why not come along and meet us along with many of our local and national suppliers. If you are interested in attending and would like more details please contact sales[AT]suthbros.co.uk

Hisotry of Sutherland Brothers
Sutherland Brothers Ltd was established in Wick in 1892 as a grocer shop by brothers Donald and Findlay Sutherland. It was situated in the High Street and was one of many traditional grocer shops in the busy market town, which was also a bustling herring port in the throes of a fishing boom.

The fortunes of the business waxed and waned though two World Wars but remained basically unchanged. Deliveries were made my horse and cart, and message bike.

Donald's son George took over the business after World War 2 and acquired part of a nearby store, from which wholesaling to other smaller shops began. Space became tight and he managed to secure the entire two storey building. It was soon fully stocked and goods were moved around by wooden shutes from level to level.

By 1960 sales had increased and a 5,000 sq ft steel and asbestos clad building on the other side of town was purchased and wholesaling began in earnest.

Sales increased again, and wholesaling now dwarfed the original grocery business. The shop closed in 1990 and the wholesale business continues to expand at its current location.

"Sutherland Brothers Ltd recently picked up an award at the Scottish Wholesale Association Achiever Awards 2013.   The Wick based Wholesaler won 'Best Delivered Operation - On trade (sponsored by AG Barr) for the 2nd year in a row.