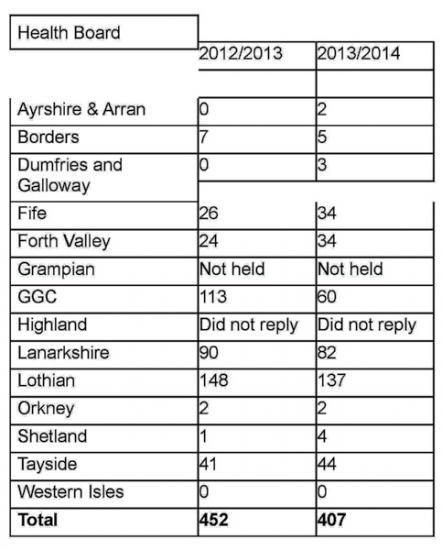 Highland MSP and Scottish Labour Shadow Sport, Health & Mental Minister, Rhoda Grant is to write to NHS Highland to ask for figures relating to the number of patient's across the health board that are dying in hospitals whilst waiting on a delayed discharge list. Mrs Grant is seeking figures after the Scottish Labour Party revealed at the weekend that across Scotland more than 400 patients a year died in hospitals whilst on a delayed discharge list in the previous two years, however, NHS Highland has failed to produce figures.

According to the official statistics there were 452 deaths in 2012/13 with a further 407 deaths in hospital of patients on delayed discharge lists in 2013/14.

A delayed discharge is identified as a hospital inpatient judged clinically ready to leave hospital, who continues to occupy a bed beyond the ready for discharge date. These patients are clinically ready to move on to a more appropriate care setting either within or out with the NHS such as the patient's home or a care home.

The last figures recorded by the Scottish Government's Information Services Division figures showed that 154,588 bed days were occupied by delayed discharge patients in the last quarter.

Commenting Mrs Grant said, "The figures reveal that almost every health board in Scotland has had a patient die whilst designated as a delayed discharge, and people living in the NHS Highland area have a right to know how their health board matches up against others across Scotland. I will be writing to NHS Highland to ask for these figures as we know that remaining in hospital when a patient is ready to leave can be dangerous, and NHS Highland have a duty to provide this information.

"NHS Highland should reveal their figures and confirm that any patient deaths on delayed discharge lists have been reviewed and are treated as adverse incidents."

"Hospital is not the right place for palliative care; many people wish to die at home or in a homely setting rather than in a busy ward. It is wrong that those who are approaching the end of their lives are also stuck in hospital when they should be spending their remaining days in a setting that allows them to live their final days along with family and friends."

The Scottish Labour Health Team is now calling on the Scottish Government’s new Cabinet Secretary for Health, Shona Robison MSP, to order a full review of the reasons behind delayed discharge deaths.