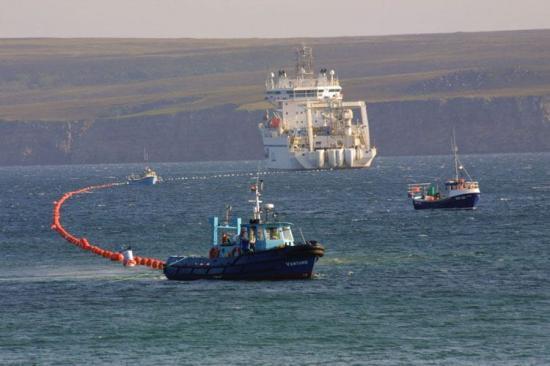 Scottish Hydro Electric Transmission (SHE Transmission), a subsidiary of SSE plc, has confirmed that it will accept Ofgem's proposals for the funding of the new Caithness-Moray electricity transmission link at a cost of £1,118m.

The project is now set to help support over 100 new energy careers across the north of Scotland, including via SSE's industry-leading apprentice, trainee engineer and graduate programmes. In total, the subsea cable and associated work at sites located right around the Moray Firth will support over 600 jobs during construction.

The Caithness-Moray project will enable the connection of 1.2GW of new renewable electricity generation following completion in 2018. This additional capacity will increase the resilience of Britain's energy infrastructure and provide a major new connection between the electricity grid on either side of the Moray Firth.

Confirmation of funding arrangements is expected to bring SHE Transmission's total investment in the north of Scotland’s network for the next financial year to around £600 million. Ofgem’s decision on 16 December 2014 allows £1,118 million for the construction of the Caithness-Moray project and sets out revisions to the regulatory arrangements that would allow SHE Transmission to apply for additional funding during construction if required.

David Gardner, SSE’s Director of Transmission, said: "The investment of around £600m for financial year 2015/16 will see work commencing on the vital Caithness-Moray subsea link, along with further investment in a number of other approved projects, all unlocking renewable sources of energy for decades to come.

"Importantly, local people will benefit from the hundreds of jobs it will support, with more than 100 apprentices and graduates being trained with the vital engineering and technical skills needed to serve the network across the North of Scotland in the future."

"This investment by SSE and the 600 jobs it will support across the North of Scotland is a welcome boost to our local economy which is already a powerhouse for the expansion of renewable energy."

Mr Alexander also paid tribute to the work undergone by SSE engineers and staff during the recent Scottish storms.

He added: “The hard work done by engineers in difficult conditions over the last week shows how important it is to have personnel with the skills necessary to keep power supplies connected, so the apprenticeship element of the deal is particularly welcome.

“I’m very pleased to be able to thank the SSE staff who have helped weather the storm in person today, and to celebrate this new investment in our energy future with them."