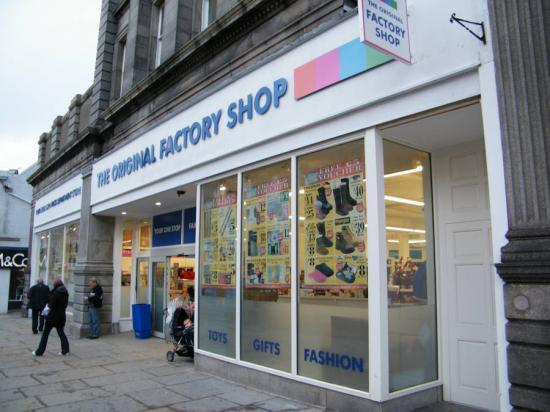 The closure of The Original Factory Shop in Wick is the latest one to go in the county with Wick seeing the demise of the Homebase store also this week.

A closing down sale starts on Thursday 9th August 2018.

The Thurso store is unaffected as yet.

The chain announce 32 store closures in July and Wick was on th hit list.

The Original Factory Shop (Tofs) has gone for a Company Voluntary Agreement (CVA) just short of going into administration.

Fro some towns the store closure situation is worse if they had Toys R Us, House of Fraser, British Home Stores, Poundworld and string of others.

Many of the goods in these stores are paid for in dollars and with the all in the value of the pound they have become much more expensive. Combined with shoppers looking for bargains as household incomes feel the squeeze from increasing energy bills, rising food prices, petrol increases and other demands the trading conditions have got slowly worse in the past yea or two.

The store opened in Wick in December 2010 and before that it was an Ethel Austin branch for short time. Previously it was Woolworth which wound up in 2008.

The big question now is how many more will suffer the same fate or can they take advantage of the situations as competitors go to the wall.