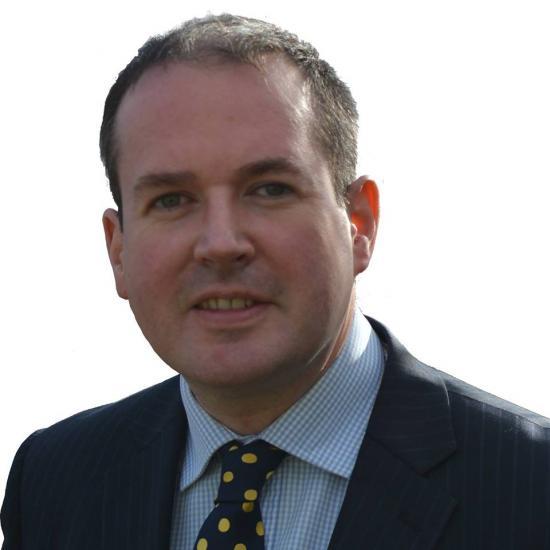 Cllr MacWilliam commented:"At last, today we were able to inject some sense into the Brexit conversation in the Highlands with contributions from academics and leaders in the economic sectors. We heard from the experts that, for example, a ‘No Deal' outcome would be "catastrophic" for the highland sheep farming sector, and that the potato agriculture sector is already struggling due to a lack of personnel. We heard that despite any problems with the Common Agricultural Policy that CAP underpins comparatively low food prices. The agriculture sectors will now need to attempt re-entry in to the protectionist EU food market which is going to be incredibly difficult.

"The news for the Highlands is overwhelmingly negative and all efforts should now go in to halting withdrawal from the Single Market and Customs Union, or preferably halting Brexit altogether, before it's too late. There are still no guarantees about regional policy implications or replication of the structural funds that the Highlands and Islands area has relied on for economic growth for the past 40 years.

"It has been an arduous process trying to get the Highland Council administration to discuss preparations for the unwanted harsh realities that Brexit looks set to visit on the Highlands and our public services. Highland Brexiteers have gone conspicuously silent because they can't reference once single positive outcome for the Highlands under any possible Brexit outcome. Brexit was conceived on the back of a mindless Tory fight that had immigration at its core, yet the Highland economy is completely reliant on inward migration for sustainability and growth.

"The implications of Brexit are far more serious than the Highland Council administration has so far accepted, mainly because the administration is stuffed full of Brexit fantasists. They refuse to take a firm position on Brexit despite overwhelming evidence of the damage it will cause the Highlands. I have called for Highland Council to lead the development of a new Regional Workforce Recruitment Strategy that spans the various sectors in order to alleviate the worst crisis possibilities that appear to be imminent. A responsible council administration would act pre-emptively and proactively rather than taking a ‘sit back and see' approach."

Ron MacWilliam is an SNP councillor for Inverness Ness-side.

Motion agreed at the meeting of Highland Council 28 June 2018

‘Highland Council notes with dismay the UK Government's disregard for the will of the Scottish Parliament, including the unanimous votes of Labour, Liberal Democrat, Green and SNP MSPs, to withhold consent for the EU Withdrawal Bill; remembers that the Highland electorate voted to remain in the EU in 2016 in common with every Scottish Local Authority area; believes that Highland economic prospects are likely to be considerably harmed as a result of Brexit; therefore calls on the Council Administration to host a cross-party Highland Brexit Summit in advance of the EU withdrawal date of 29 March 2019 involving Highland Councillors, Community Council representatives, MPs, MSPs, relevant Scottish and UK Ministers, relevant public sector agencies including HIE and NHS Highland; and resolves to seek agreement on a Highland specific plan to mitigate against Brexit-related harm and to promote Highland interests at all levels of government.’

• given that there were no guarantees that the investment support which was currently received from the EU would be replicated, it was important to consider the possible consequences as soon as possible in order to ensure that the sustained economic growth in the Highlands was not lost;

• it was unacceptable that EU nationals in Highland would need to answer questions and to pay to apply for "settled status", especially when the area already had difficulties in retaining its population. If an economy was to grow, it was important to attract people to the area and many of those people were likely to be EU nationals;

• there was a disproportionate elderly population in Highland and there needed to be a workforce to deal with this situation;

• when considering measures to be taken, it was vital to engage and consult with communities who would be most affected by the Brexit situation on a day-to-day basis in the future;

• the major issues were inward investment, demographics, labour supply, inward migration, population retention and growth, future support arrangements for key sectors and the replacement of funding for ESF and ERDF;

• the proposed summit would benefit from hearing the informed and objective opinions from representatives from key sectors in order to identify the major risks. As such, there had to be a collective effort and in this respect it was suggested that a cross-party group should be formed to consider the make-up, balance and arrangements for the event;

• the impact of Brexit would not be exclusively negative and it had to be noted that there could also be new opportunities available. In order to take advantage of any new situations, it was imperative that a neutral and balanced approach was maintained; and

• it was hoped that any new arrangements would help regeneration to be undertaken primarily at a local level.

Thereafter, Mr R MacWilliam, seconded by Ms K Currie, MOVED the terms of the Notice of Motion as detailed - with the addition of the suggestion to set up a cross-party Group to take forward the proposal.

As an AMENDMENT, Mr A Jarvie, seconded by Mr S Mackie, moved that the Council should note the challenges and possible opportunities that would come with Brexit but recognise the significant work required and therefore called on the Council Administration to host a cross-party Highland Brexit Summit in advance of the EU withdrawal date of 29 March 2019, involving Highland Councillors, Community Council representatives, MPs, MSPs, relevant Scottish and UK Ministers, relevant public sector agencies (including HIE and NHS Highland) and resolve to seek agreement on a Highland specific plan to realise opportunities and mitigate against negative impacts of Brexit in order to promote Highland interests at all levels of Government and immediately set up a cross-party group to take forward this proposal.

On a vote being taken, the MOTION received 30 votes and the AMENDMENT received 24 votes, with 6 abstentions, and the MOTION was therefore CARRIED, the votes having been cast as follows:-

The Council AGREED the terms of the Notice of Motion as detailed - on the basis that a cross-party Group would be set up to take forward the proposal.