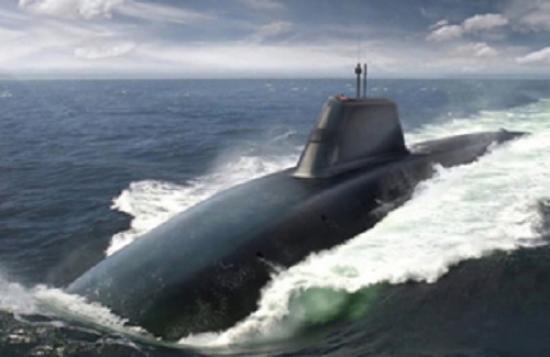 The Defence Secretary has announced the fourth Dreadnought submarine as HMS King George VI ahead of a special service at Westminster Abbey today to recognise the Royal Navy's Continuous at Sea Deterrent (CASD) over the past 50 years.

The Defence Secretary has announced the fourth Dreadnought submarine as HMS King George VI ahead of a special service at Westminster Abbey today to recognise the Royal Navy's Continuous at Sea Deterrent (CASD) over the past 50 years.

Since April 1969, a Royal Navy ballistic missile submarine has patrolled every single day, without interruption, providing the nation's deterrent and helping keep the UK and our allies safe. This is the UK's longest sustained military operation ever undertaken and is known as Operation Relentless.

Defence Secretary Penny Mordaunt said:Operation Relentless has seen generations of submariners from HMS Resolution to HMS Vengeance on constant watch, for every minute of every day for the last five decades. This is the longest military operation we have ever undertaken and continues right this minute deep under the sea.

We pay tribute to those incredible crews, their supportive families, the Royal Navy and the thousands of industry experts who will continue to sustain this truly national endeavour for many years to come.

CASD50 provides a chance to not only remember the national endeavour of the past half century but to look to the next-generation of ballistic missile submarines, the Dreadnought class. This will consist of four boats helping to ensure the security of generations to come. The Dreadnought-class are expected to enter service in the early 2030s, helping to maintain Operation Relentless.

Prior to the service at Westminster Abbey, First Sea Lord, Admiral Sir Philip Jones, announced that HMS King George VI will now join HMS Dreadnought, Valiant and Warspite as the fourth Dreadnought submarine. HMS King George VI makes history as it will become the first naval vessel to bear that royal title. King George VI had strong naval connections having spent time at the Royal Naval College, Osbourne followed by Dartmouth. He then went on to earn a mention in despatches for his service on HMS Collingwood during the Battle of Jutland.

First Sea Lord Admiral Sir Philip Jones said:For half a century, the Royal Navy has always had at least one ballistic missile submarine at sea on patrol, safeguarding the ultimate guarantor of our country's security - and that of our NATO allies too. Today, as we pause to reflect on the significance of this 50-year milestone in our proud history of submarine operations, and the national endeavour that underpins it, we are also looking to our future.

Today's announcement that the fourth of our future ballistic missile submarine fleet will be named HMS King George VI follows a long tradition of naming capital ships after our country's monarchs; together with her sisters Dreadnought, Valiant and Warspite these submarines represent the cutting edge of underwater capability and will meet the awesome challenge of continuous at sea deterrence into the second half of the 21st century.

It is estimated that around 30,000 people are involved in building and supporting nuclear submarines across the UK. Maintaining this skilled workforce helps to invest millions of pounds into local communities and ensures the UK continues to boast a highly-skilled workforce in this sector.

Continuous at sea deterrent 50: what you need to know -

Known as Operation Relentless, at least one Royal Navy ballistic submarine has been patrolling the world's oceans, unseen and undetected for 50 years. CASD is the longest sustained military operation ever undertaken by the UK.

CASD 50 was officially launched on 16 January 2019 when the First Sea Lord visited HM Naval Base Clyde to highlight the 50 year anniversary and present Royal Navy submariners with the new, silver, deterrent pin which will be awarded to those who have completed ten or more patrols.

The history of the UK's nuclear deterrent stretches back to 1958 and the signing of the UK and US Mutual Defence Agreement (MDA). The MDA led the 2 countries to exchange nuclear information, technology and materials for the greater good. The MDA also paved the way for the signing of the Polaris Sales Agreement (PSA) on 6 April 1963. The agreement saw the UK design and produce its own warheads and construct nuclear powered submarines to host the Polaris system.

Construction on the Resolution-class of ballistic submarines began soon after at Vickers Armstrong in Barrow and Cammell Laird in Birkenhead. The first boat, HMS Resolution, was launched in September 1966 and completed her first deterrent patrol in June 1968. By 1969 the UK began CASD with the 4 Resolution class boats, HMS Resolution, HMS Repulse, HMS Renown, and HMS Revenge, successfully completing over 229 patrols between them. All 4 submarines were ported and operated from HM Naval Base Clyde on the Gareloch.

Work on the next generation of nuclear powered ballistic submarines also began with the first of class, HMS Vanguard, launched on 4 March 1992. Her sister boats HMS Vengeance, Vigilant and Victorious followed and CASD was handed over to a new generation of Royal Navy submariners.

CASD today and the future

All 4 Vanguard class boats are based at HM Naval Base Clyde and are operated by the Faslane Flotilla. The naval base exists to support CASD and all the units and departments based at Clyde have a role to play.

From 2020 HM Naval Base Clyde will host all the Royal Navy’s attack submarines and will be the future home of the Dreadnought class of nuclear deterrent submarines, which will gradually replace the Vanguard class.