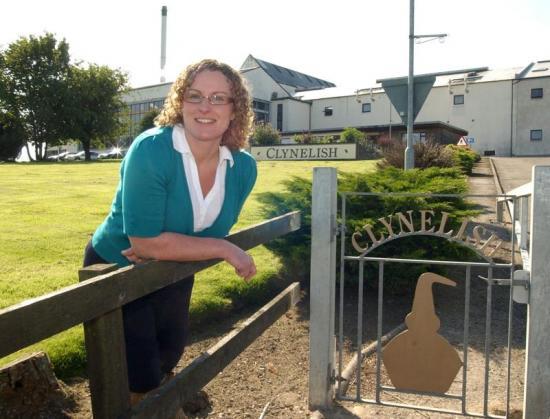 Women appear to be developing a serious taste for careers in the Scotch whisky industry alongside their growing appreciation of fine malts, according to the country's leading whisky producer, Diageo.

In the past 12 months the company, which produces renowned brands such as Johnnie Walker, J&B and Bell's, has received a record number of job applications from women seeking careers at its distilleries.

The news follows the Scotch Malt Whisky Society's revelation that an unprecedented number of women are joining its ranks with 550 women joining last year alone. Over the past three years, women have accounted for a quarter of all new memberships of the Society, compared with just one in 10 in previous years.

And it seems many of the female employees at Diageo's 27 malt and two grain distilleries are committed to long-term careers in distilling with their dedication and skills being recognised through progression up the career ladder.

Among those recently promoted by Diageo is Sarah Burgess (32), who this month takes up the role of Site Manager at the company's Clynelish Distillery in Sutherland. Sarah, who joins a growing number of female site managers appointed by Diageo, started her career with the company on her 21st birthday when she joined as a seasonal guide at Cardhu Distillery.

Since then she has progressed through a number of roles within Diageo, which employs 4500 people in Scotland at around 50 sites. These have included a spell as visitor centre manager at Oban Distillery and a one year secondment in the risk department before becoming a trainee operations manager at Dailuaine and Glen Spey Distilleries.

Clynelish Distillery at Brora, Sutherland is one of the most northerly distilleries on the Scottish mainland and Sarah's move there is the result of promotion from her most recent post with Diageo as Operations Manager, Northern Warehousing at Auchroisk Distillery in Banffshire.

As site manager at Clynelish Distillery, Sarah will have overall responsibility for the site which has a team of 11 operators and a site operations manager as well as a brand home manager and two seasonal guides.

"Clynelish is a beautiful place and the people here are very friendly so I already feel I'm settling in. I'm also looking forward to the fresh challenge of a more senior management role," said Sarah.

Alongside her new position, Sarah will be working on her BA Honours degree in management for which she is studying part-time at Robert Gordon University, sponsored by Diageo.