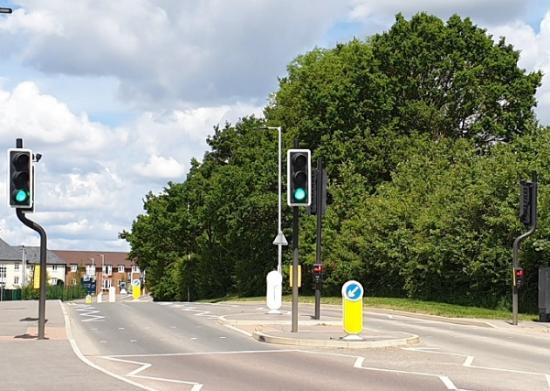 The Road Safety Foundation is calling for the formation of a Highway Standards and Safety Board - in line with that already in place for rail - to provide expertise and guidance on behalf of the Department for Transport (DfT) to local authorities, sub-national transport bodies and Highways England.

This is one of a series of recommendations in a report* out today from the Road Safety Foundation (RSF).

A survey of 30 local authorities (LAs) found that road safety governance was generally weak and most of the limited funding comes from the LA's own budget. The loss of the central government road safety grant has resulted in cut-backs to education, training and publicity activities and school crossing patrols. Many casualty reduction partnerships have come to an end and the number and scale of engineering interventions on many collision-affected routes have been reduced or stopped. LAs are concerned that such cuts may prevent them fulfilling their statutory road safety duties.

Findings from the report:

In the LAs surveyed, governance was relatively weak with little by the way of a vision, strategy and action plan to direct activity, and few casualty reduction targets.

The statutory framework that requires highway authorities to deliver safety is weak compared with modern health and safety or product liability legislation.

There were no Scottish LAs in the worst performing list and Scottish LAs dominated the best performing list. There has been a significant reduction in the number of deaths and seriously injuries in Scottish LAs over the last decade in line with continued use of formal casualty reduction targets and the establishment of multi-agency partnerships specifically tasked with achieving them.

The report also calls for a permanent Safer Roads Fund following the successful innovation in which £100m was estimated to deliver one of the highest economic returns seen within the entire national transport portfolio.

This permanent Safer Roads Fund could either be a distinct sub-fund of the £29bn National Roads Fund being financed through Vehicle Excise Duty; or an insurance based fund, receiving a component of Insurance Premium Tax directly.

Commenting on the report, Kate Fuller, Acting Executive Director of the Road Safety Foundation says: "Those responsible for highways have a personal liability in law to avoid very small risks to road workers which is substantially greater than their legal obligations to the public. In comparison, vehicle manufacturers face catastrophic financial consequences for vehicle safety defects, and airport operators would not consider for a moment that a small increase in crashes was a permissible trade-off for measures that would ease airport congestion.

"What comes across loud and clear from the survey is the huge variety of knowledge and expertise across LAs, ranging from the highly skilled to those which need all the help they can get. A Highway Standards and Safety Board, made up of those with the most to offer, could be critical to providing guidelines so badly needed to make local authority roads as safe as strategic roads."

The Foundation hopes to take these proposals to the next stage, consulting on the potential models with various stakeholders through interviews and engagement with LA personnel, the Project Review Panel, DfT, Highways England and Sub-national Transport Bodies, the Office of Rail and Road, the National Infrastructure Commission and the Rail Standards and Safety Board.

The report, Assessment of the Sustainability of Road Safety Engineering in Local Government and Exploration of Potential Delivery Methods is funded by the Rees Jeffreys Road Fund.

This report comes just a week after publication of an annual report How Safe Are You on Britain's Main Road Networks?" https://roadsafetyfoundation.org/ from the Road Safety Foundation and Ageas Insurance launched in the House of Lords.

It found that analysis of the measurements and targets in place among the authorities that manage the roads shows a patchwork approach to tackling death and serious injury. Just one authority - Highways England - has a specific commitment relating to the measurable safety performance of its road infrastructure.

Evidence suggests that countries achieve better casualty reduction when they adopt formal targets to coordinate action. Highways England is the only authority to target both the number of deaths and serious injuries and the star rating of its network.

The report recognised the significant improvement in Scotland (7% reduction in deaths and serious injuries). Scotland has national casualty reduction targets adopted by the Scottish Government in partnership with all stakeholders. In 2017, Scotland's performance on its main roads helped its national fatality rate per million population to fall to 27 and so, for the first time, below that of England (28). The per capita rate for Wales was 33.

One of these fifteen, Flintshire County Council, was a Welsh LA; nine were Scottish LAs - collectively reducing from 494 KSIs in 2008 to 224 in 2017 - and the remaining five were English LAs, collectively reducing from 570 to 361 KSIs. The dominance of this list by Scottish LA is highly notable and demands further consideration; the five best performing Scottish authorities were:

Clackmannanshire, Highland and the Western Isles all experienced traffic growth over the same period while Dundee's traffic fell slightly and there was no change in Inverclyde's. The average number of KSIs per thousand kilometres in these five authorities ranged from 19 (Highland) to 47 (Clackmannanshire).

Cheshire and Solihull both experienced traffic growth over the same period, while Bexley's, Greenwich's and Sutton's traffic fell. The average number of KSIs per thousand kilometres in these five authorities ranged from 45 (Solihull) to 73 (Cheshire).

Seven LAs, including the one shown in grey in Figure 1, were performing at a rate commensurate with an increase of 50% or more in the number of KSIs over ten years, these being:

Ceredigion, the one Welsh authority in this list, performed at a rate commensurate with an increase of 41% in the number of KSIs per kilometre, and had an average of 36 KSIs per thousand kilometres.

Seven LAs, including the one shown in grey in Figure 1, were performing at a rate commensurate with an increase of 50% or more in the number of KSIs over ten years, these being:

Ceredigion, the one Welsh authority in this list, performed at a rate commensurate with an increase of 41% in the number of KSIs per kilometre, and had an average of 36 KSIs per thousand kilometres.

This analysis has drawn attention to various differences in performance in different parts of Great Britain over the last decade:

1) Scotland’s road safety progress over the last decade appears to have been very strong.

There were no Scottish LAs in the worst performing list and Scottish LAs dominated the best performing list. Figure 2 compares the progress in road safety collectively made by LAs in each of the three countries in Great Britain. This highlights that there has been a meaningful reduction in the number of KSIs in Scottish LAs as a whole over the last decade, and that reducing the number of KSIs in English LAs is now a particular challenge, this having been increasing since 2013.

As well as having a very different road network composition, Scotland had substantially more casualties per head of the population than England ten years ago, but the fatality rate per million population in Scotland is now lower than that of England and Wales.

Three of the five best performing authorities are in Greater London and one is on the outskirts of the Birmingham conurbation. Only Cheshire West and Chester is more rural in nature, albeit with some urban areas such as Chester itself; there were 207 KSIs in this authority in 2008, this falling to 97 in 2017. (However, the urban authorities of Plymouth City, Rotherham Metropolitan Borough, and Stoke on Trent City were amongst the worst performers.)

3) The south-west’s road safety record appears to have deteriorated over the last decade.

More than half of the worst performing LAs are in the south-west of England: Cornwall, Devon County, Plymouth City and Torbay were all amongst the worst performers. Collectively in these four authorities alone, the number of KSIs increased from 495 in 2008 to 771 in 2017. These four authorities, together with Devon & Cornwall Police and Highways England, collectively form the Peninsula Road Safety Partnership.