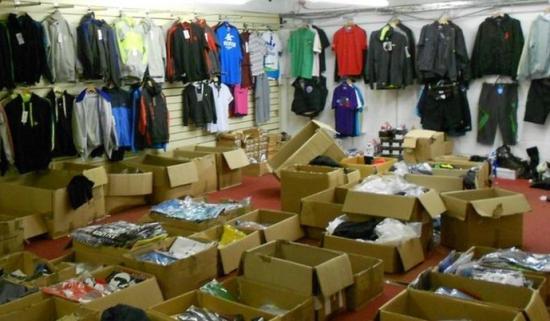 Thanks to a complaint from one of the trade stalls at the recent Black Isle Show and the quick response from the Black Isle Farmers Society, Highland Council Trading Standards were able to seize just over 100 counterfeit hoodies, polo shirts and t-shirts from a stall at the show.

Enforcement Officers from Trading Standards acted on the complaint and found the trader selling many different fake items using popular brands such as Fortnite, Armani, Adidas, Nike, Superdry, Polo and Boss. The investigation is on-going.

In 2015 the Black Isle Show signed up to the Real Deal markets' charter, a nationwide initiative that encourages local authority Trading Standards and market operators to work closely together and share information so that local markets, car boot sales remain free from counterfeit goods and are a safe environment in which to shop and trade. The agreement was the first of its kind in the Highlands and the furthest North for the Real Deal Scheme.

"I am delighted that our relationship with the Black Isle Farmers Society through their commitment to the Real Deal Scheme has worked so successfully this year. In Highland we want to ensure consumers can continue to have a high level of confidence when buying from our markets and car boot sales. Trading Standards will continue to protect Highland consumers and local businesses from the harm caused by the trade in counterfeit goods."

"As a committee we are constantly striving to improve not only the Showground and its facilities but also the overall experience for reputable traders/exhibitors and members of the public. By signing the Real Deal Charter and working with Trading Standards we can assure visitors and reputable stall holders that the show is a fake-free zone. This also sends a clear message to counterfeit sellers who may visit the area that they are not welcomed on the Showground."

The Black Isle Show Committee demonstrated its commitment to the Real Deal Scheme by publicising their membership of the scheme on the day by displaying posters and a banner and exhibiting the signed ‘Charter' in the show ground office. Trader Guidance with regard to ‘fake' goods was also provided to any trader applying for a trade stall.

Anyone can report the selling of counterfeit goods to Highland Council's Trading Standards in confidence on 01463 644570 or by filling out the on-line form at: