Motorists Urged To Be Deer Aware 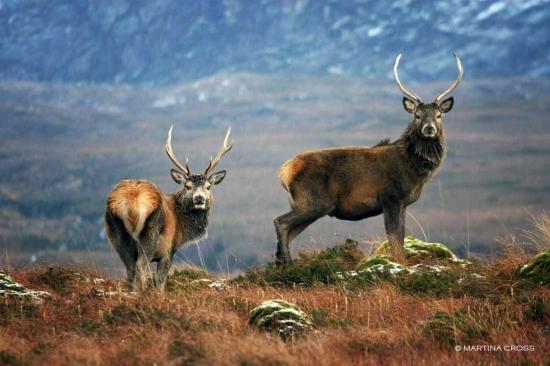 Drivers are being warned to look out for deer roaming on to roads and posing risks to road users. The warning comes with more deer on the move during the rutting season.

At this time of year, deer collisions peak as many of the animals cross roads seeking new territories. The highest risk of collisions is between sunset and midnight, and the hours shortly before and after sunrise.

Someone who knows only too well what it is like to be involved in a collision with deer is Aaron Herringshaw.

Aaron, a chef from Bournemouth with a regular commute across rural Dorset, said:

I know what the consequences are and the literal impact of a collision with a deer having been unfortunate enough to experience two incidents in eighteen months. Both collisions were really distressing and resulted in my car being written off, which takes time to sort out and means my insurance has gone up, but I am thankful that no-one got hurt.

Both incidents happened during my early morning drive to work at around 5.30am on roads that I know well and travel on frequently. I am aware of the wildlife in the area and weather-wise it was clear but both times a deer leapt out of the hedge in right front of my car with absolutely no warning. The impact is quite scary as you have no control of the vehicle in that split second - it is somewhat surreal because you're not expecting that to happen first thing in the morning.

I have always considered myself to be a safe and careful driver - if it happens to me it could happen to anyone. I have changed my driving style to be even more vigilant and I am always on the look-out for deer warning signs. You don't know when or how a collision could occur - the deer warning signs are there for a reason. They give you that extra bit of information that wildlife is in the area and to slow down and be extra cautious.

So today The Deer Initiative and Highways England have teamed up to back up the advice to drivers.

Leonardo Gubert, Senior Ecologist at Highways England, the Government company responsible for motorways and major A roads in England, said:

You may be well-travelled and on a well-known route without ever seeing a deer before, but there may be one hidden in nearby foliage or woodlands and some species of deer can often gather in large groups; you may have seen one and avoided it but others may follow and unexpectedly dart out into the roadway. You may have also seen deer signs at locations where you have never spotted deer but the fact is that they have been installed in areas with high deer numbers and their purpose is to alert drivers that there is a higher possibility of encountering them along that particular stretch of road.

We want everyone travelling on our roads to reach their destination safely and with as many as 1.5 million wild deer living across Britain it is vital for drivers to be aware of their presence, to be extra vigilant, especially at this time of year when deer are on the move.

Deer signs are placed at locations where the animals are known to be active and are likely to cross; they help inform drivers of the need to slow down to give more time to react.

Whilst deer are a constant risk to drivers, they are especially active during Autumn and Spring, especially at dusk and dawn. To stay as safe as possible on the roads, please take note of the following advice:

After dark, do use full-beams when there is no opposing traffic: the headlight beam will illuminate the eyes of deer on or near a roadway and provide greater driver reaction time; BUT, when a deer is seen on the road, dim your headlights as when startled by the beam they may ‘freeze' rather than leaving the road.

When approaching deer warning signs, drivers should slow down and be prepared to stop.

Figures collated from several studies suggest that while it is safe to say 40,000 deer are killed in vehicle collisions every year, this figure could be as high as 74,000 across Britain. Conservative estimates of 400 injuries to motorists and passengers related to these collisions could in fact be nearer 1000 annually with up to 20 fatalities per year.

Accurate records of deer-vehicle collisions are vital as they help build an accurate picture of the roads most at risk of deer collision which can then be assessed, and appropriate measures to tackle the issue can be put in place. Drivers are urged to report any incidents via the Deer Aware website.

Highways England works with partners including the Deer Initiative to identify deer-related collision ‘hotspots' and to take appropriate measures to reduce the risk, including installing deer proof fencing and constructing larger culverts which provide an alternative route for deer to cross the road.

If you hit a deer while driving, your priorities in this order are:

Keep yourself and anyone with you as safe as you can.

Park your car in the safest place with hazard lights on. Consider using it to also warn other  road users.

Call an ambulance if human injuries warrant it.

To report a deer vehicle collision or to find out more on safety advice visit the Deer Aware website.- https://www.deeraware.com/