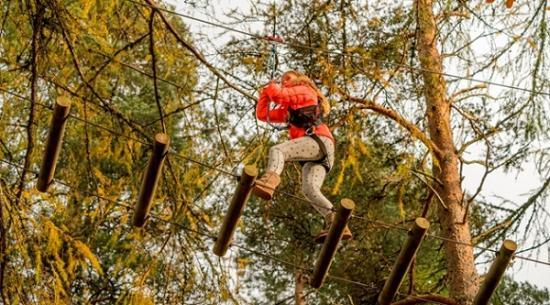 Highlands and Islands Enterprise (HIE) has contracted marketing and business development company, Business and Tourism Solutions (BTS), who will work with Lochaber Chamber of Commerce to deliver the programme.

It will provide intensive engagement, support and interventions for around 50 businesses and providers in the sector across the Highland Council area.

The programme is believed to be the first of its kind and represents an investment in the sector of more than £250,000.

It forms part of the HIE-led Northern Innovation Hub (NIH), a project that received £11m from the UK Government and £1.7m ERDF support as part of the Inverness and Highland City Region Deal. The Deal is a joint £315 million initiative supported by both the UK and Scottish governments.

Tourism is one of four key growth sectors included in the NIH and includes digital and adventure tourism.

The adventure tourism programme will tap into the area's natural competitive advantage and help firms collaborate, create scale and develop an understanding of new consumer markets in the growing sector.

Outcomes will include new and stronger working relationships between businesses and the wider sector. There will be support for innovation, entrepreneurship and ambition, as well as capacity and capabilities within individual businesses.

"The Highland Council area has more adventure tourism related businesses than any other Scottish local authority area. The sector also has significant potential for further growth, with most firms expecting more activity in the medium and longer term.

“That’s why tourism, particularly adventure tourism, is one of the key sectors covered by the Northern Innovation Hub.

“We are very pleased to engage BTS. The company brings extensive experience in tourism and hospitality sector development. This will be combined with the Lochaber Chamber of Commerce regional knowledge and networks in one of Scotland’s leading areas for adventure tourism. The resulting programme will be used to help businesses across the Highland Council area over the next few years."

The adventure tourism programme will include industry research and market intelligence, case studies and examples. It will help develop methods of attracting new customers, particularly from international markets, and to overcome the barriers specific to the sector.

The project will act as a pilot and following a thorough review the model could be rolled out across the Highlands and Islands and Scotland.

The latest generation of small communications satellites could be launched into Earth orbit from the northern Highlands of Scotland within the next two years.   Development agency Highlands and Islands Enterprise (HIE) has submitted a planning application for a vertical launch site, Space Hub Sutherland, that it plans to construct on the A' Mhoine peninsula, Melness, near Tongue.
[Advisory / Counseling Services]
11/2/2020

Wellness Tourism is worth over £500bn worldwide, and has grown more than twice as fast as tourism overall.   Join us for the latest series of ‘TUNE INTO TOURISM', and explore how you can capitalise on this growing trend.