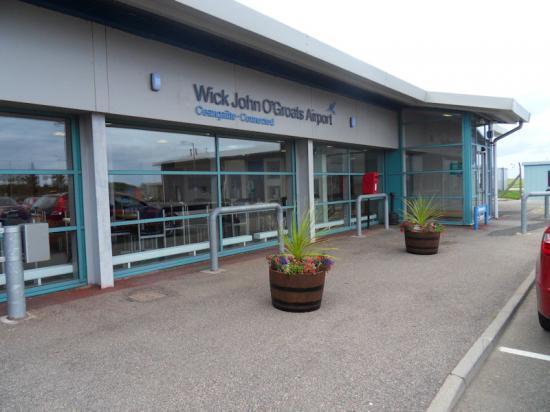 PSO To Protect Wick Flights Could Take Up To A Year To Put In Place.

Highlands and Islands Labour MSP, David Stewart, is urging the Scottish Government to look seriously at interim measures to save Wick air routes after being told state aid for services could take up to a year to put in place.

Mr Stewart is supporting the campaign for a Public Service Obligation (PSO) to protect the Wick Edinburgh and Wick Aberdeen routes following Caithness being left without scheduled air services.

However, Transport Secretary, Michael Matheson, has now told Mr Stewart a PSO "would likely take around nine to 12 months for services to start due to the regulatory and procurement processes required".

Moreover, in a series of Parliamentary Questions lodged by Mr Stewart, Mr Matheson has said the Scottish Government has held no talks with the UK Government about the serious situation nor made its own assessment of how uncertainty regarding the future of Wick John O'Groats Airport could impact on the Caithness and Sutherland area.

"I'll say it again, the writing was on the wall long before the collapse of services at Wick airport but the Scottish Government dragged its feet," said Mr Stewart.

"If a PSO can now not be advanced for up to a year, the Scottish Government must think of emergency measures to ensure services for that area in the intervening period.

“I would have thought discussion with the UK Government, as it has responsibility for the Nuclear Decommissioning Authority and for the UK Space Agency and their investment in the area, would be beneficial but Mr Matheson has said there have been no talks with them.

“There must be rapid movement on this to keep the Far North's connectivity and to aid development for the future."

The MSP wrote to Mr Matheson, and First Minister, Nicola Sturgeon, after Loganair announced the axing of its Edinburgh-Wick service on Friday, March 27.

· A PSO, under EU transport law, is a permitted state aid which maintains scheduled air services on routes vital for the economic development of the region they serve.