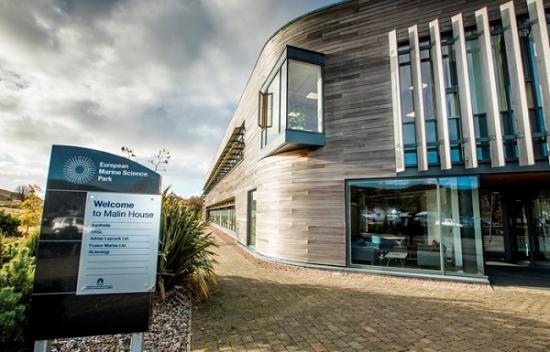 More than £4.5m is to be invested in expanding the marine enterprise cluster in Argyll, in a move that is expected to create more than 30 well-paid jobs.

HIE has approved the funding for two new stages in its development of the European Marine Science Park (EMSP) at Dunstaffnage near Oban.

Almost £2m will be invested in fitting out the ground floor of the Park's Malin House to meet demand from growing marine businesses for laboratory and office space.

HIE has approved a further £2.77m investment in groundworks, road development and car parking provision for the next three buildings planned for the EMSP site, one of which has already received planning consent.

The groundworks costs are supported by funding from National Cycle Network custodians SUSTRANS, and will include the upgrade of Kirk Road, improving facilities for both cycling and pedestrians.

Announcing the investments, Morag Goodfellow, HIE’s area manager for Argyll and the Islands, said:"The Highlands and Islands has an outstanding marine environment with almost two thirds of the UK’s coastline and coastal waters. This natural advantage has created a fitting home for world class marine science, innovation and enterprise.

“It’s important that the region benefits from emerging opportunities from the marine economy, which will help increase productivity and provide valuable rural employment.

“The European Marine Science Park is right at the heart of that. These further investments at the park will support the sustainable growth of our marine industry and contribute to economic recovery. They will create opportunities in skills development and entrepreneurship, particularly for young people, and enhance confidence in Argyll as a business location for inward investors."

Malin House was completed in 2012, with initially just the first floor fitted out as office space. This has been fully occupied for some time now and is home to ten different marine sector companies, active in a broad range of commercial marine activity.

The fit-out investment has been prompted by companies at the park expressing need for additional office and laboratory space to enable them to expand their commercial activity. The design of the new workspaces has been undertaken in consultation with those companies.

Norwegian based fish health firm, PatoGen Ltd, is expanding into the UK market from its existing base at Malin House. Dr Teresa Garzon, key account manager said:“We are establishing a laboratory for our preventive and diagnostic services in Oban. PatoGen have been working in Scotland since 2014 and established our office at the EMSP campus in Oban in August 2018.

“Since PatoGen entered the Scottish market we have collaborated well with the (fish) farming companies with steady increase in activity. The laboratory in Oban is planned to be operational during the summer 2021.”

Adjacent to Malin House is the Scottish Association of Marine Science (SAMS), part of the University of the Highlands and Islands network, which plays a key role nurturing incubation companies before they look to expand into Malin House

In the context of the global climate emergency, researchers at SAMS and commercial firms at the EMSP are playing a key role in safeguarding the oceans through greater understanding of the marine environment.

Together they are developing a sustainable marine economy that benefits people while safeguarding the health and productivity of the seas.

The contract for the groundworks, road development and car parking has been awarded to Argyll firm, TSL Contractors Limited. Work is expected to get underway early February with a completion with completion anticipated to be in July. 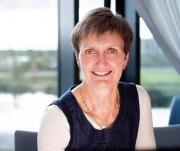 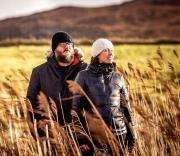 The Plus A three-year project to restore confidence and resilience in Moray's tourism sector, has secured £350,000 from Highlands and Islands Enterprise (HIE).   The project, by strategically important destination management organisation Visit Moray and Speyside (VMS), will deliver a series of initiatives aimed at inspiring, enabling and delivering destination recovery.
[Advisory / Counseling Services]
31/1/2021

A Shetland firm is to launch a new range of biltong snacks, including Scotland's first lamb biltong, in a move that is expected to create new jobs.   J & G Shetland Ltd, which owns Sound Service Station is set to start production at their premises in Lerwick, in February 2021.