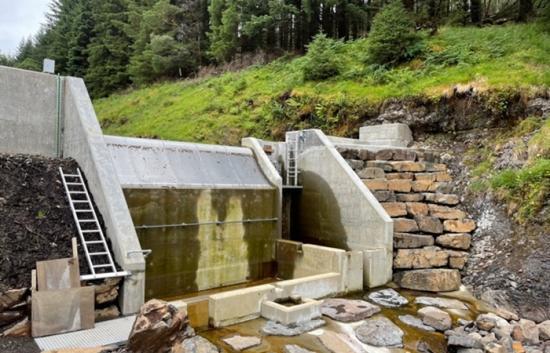 The Barr River hydropower scheme was completed in July 2021 on a site deep in the forest, 11 miles from the village of Lochaline.

Today will also mark the opening of two further community-developed facilities - a community hub and new housing. The projects have been delivered by the Morvern Community Development Company (MCDC) with support from local development officer, Lilia Dobrokhodova, whose post is funded by Highlands and Islands Enterprise (HIE).

Kate Forbes, MSP for Skye, Lochaber and Badenoch, has been invited by MCDC to mark the official opening of the projects alongside local school student Isla MacKechnie.

Lilia Dobrokhodova commented: "2021 has been an exceptional year for us with the completion of three major projects that are already providing tangible benefits to the community.

"It is great to see the years of planning come to fruition, despite the added challenges of the COVID-19 pandemic. As the largest community-owned hydro scheme in the UK, it is a project that we are rightly proud of, and one that offers huge future potential to the community."

The 1.6Mw hydropower scheme is 100 per cent owned by the community and is expected to generate almost 4.3m kWh each year - enough to power over 1,000 homes.

Work on the community hub, which includes workspace and a cafe, finished earlier this year and it opened to the public in July 2021. Three new one-bedroom houses were also completed, and the new tenants have moved in.

Jane Stuart-Smith, Chair, MCDC, said:“Morvern is a delightful place to live and work, and its sustainability as a remote rural location has been bolstered by MCDC's strong track record in creating and delivering fantastic local infrastructure projects.

“The income from the scheme will be an important source of investment into local development priorities. Its development also gives the Morvern community a strategic stake in the energy supply on the peninsula.

“Of course, none of this would have been possible without the thousands of hours of volunteer effort given by members of the local community - a massive thank you to all involved."

The local development officer post at MCDC has been funded by HIE for over 10 years. Lilia has overseen a range of ambitious community benefit projects during that time, including notably the pontoon and shoreside developments at Cala Loch Àlainn.

Ian Philp, account manager at HIE said: “Having worked with MCDC for over a decade, we are delighted to see how much the community has achieved, and the benefits for local people.

“As local development officer Lilia has been fantastic at bringing these projects to life and supporting our aim of developing resilient communities, particularly in fragile areas like the Morvern peninsula.”

This is according to the findings of the latest business panel survey undertaken by Ipsos MORI for Highlands and Islands Enterprise (HIE) in October.   More than a thousand businesses in the region were contacted for their views on topics such as financial health, priorities and concerns.
[Advisory / Counseling Services]
10/12/2021

One of the UK's most challenging civil engineering projects will be paused for the next few months as winter takes hold on Cairngorm mountain estate.   Teams from contractor Balfour Beatty, acting for Highlands and Islands Enterprise (HIE), have been busy on site since April 2021, carrying out a range of technical tasks to strengthen the 1.8km viaduct that supports the Cairngorm funicular railway.
[Advisory / Counseling Services]
10/12/2021

The purpose built 929 square metre manufacturing facility at 5 Innovation Way is owned by park developer, Highlands and Islands Enterprise (HIE).  It sits opposite Orbex's existing premises also located in the Enterprise Park and owned by the company.
[Advisory / Counseling Services]
24/11/2021 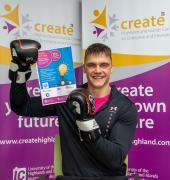 The investment will support the delivery of nine different projects from across the region, including new visitor facilities, services and installations at mountain resorts, as well as investment to reduce carbon impacts at key visitor sites and buildings.   The financial support is being distributed by HIE on behalf of the Scottish Government, which has pledged £3.95m to help Scotland's tourism industry be greener and more sustainable.