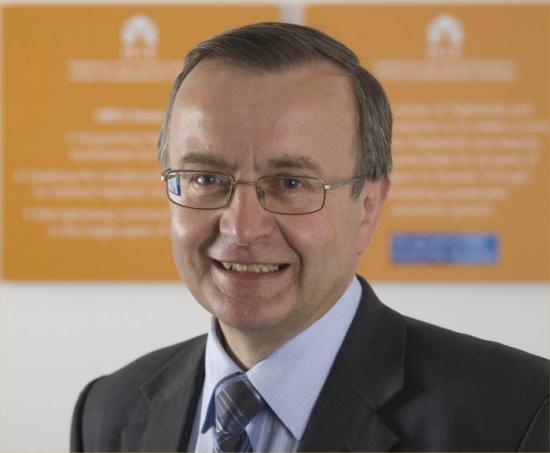 The new post will involve working closely with Jim Mather, Minister for Enterprise, Energy and Tourism, and liaising between the Government and relevant public sector bodies - including local authorities, enterprise agencies and the Crown Estate - to ensure effective collaboration on a range of offshore green energy projects.

The process of recruiting a new Chief Executive for Highlands and Islands Enterprise will begin immediately.

He joined the Highlands and Islands Development Board (HIDB) in 1973, after graduating from Edinburgh University with a BSc Honours degree in Agricultural Economics.

Taking on the new Government role will resolve a potential conflict of interest for the Chief Executive, whose home neighbours Beechwood Farm, Inverness, a 215-acre site which HIE owns and plans to develop over several years as an education and business park.

However, that could not be a permanent solution, because, as HIE's statutory accountable officer, the Chief Executive is required to take a comprehensive overview of all of HIE's operations.

"The Highlands and Islands is a special place and it has been my great privilege to serve the area and its people for more than 35 years.

"I genuinely believe that being Chief Executive of Highlands and Islands Enterprise is one of the best jobs in Scotland.

"The organisation has achieved a massive amount since it was established, and it still has a great deal to contribute to the success of this region and of Scotland.

"Whoever takes over as my successor can be sure they are inheriting a great organisation with a dedicated and ambitious workforce."

"Sandy has devoted his working life to the advancement of the Highlands and Islands," said Mr Roe.

"He joined HIE's predecessor in the early 1970s as a young man determined to make a positive difference to the region where he was born and raised, and he has never lost sight of that purpose in his journey to the very top of HIE.

"As Chief Executive, he has proved himself time and again to be an exemplary leader who is universally liked as well as respected by all those who have worked with him. That's a rare distinction indeed.

"The present circumstances which make it necessary for Sandy to stand down as HIE Chief Executive could not have been foreseen or prevented.

"It's a testament to his abilities, as well as the regard in which he is held that he has been chosen for such an important new role on the national stage.

"Sandy leaves with the best wishes of all the staff and Board members who have had the pleasure of working with him over the years."

HIE's present Acting Chief Executive, Sandy Brady, will remain in that position until a permanent replacement is appointed.