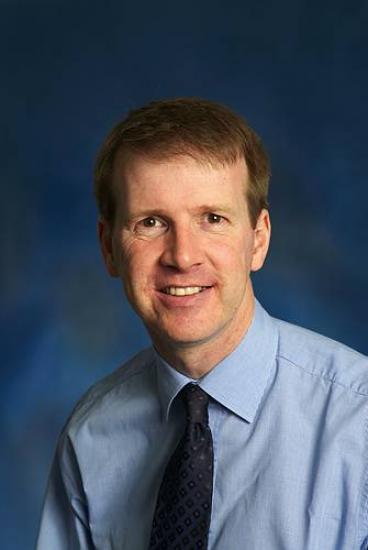 Alex Paterson, currently the economic and community development organisation's Director of Regional Competitiveness, will take up the top post on Monday 2 August.

Mr Paterson has been a director with HIE for the past nine years, initially heading up its Developing Skills group.

He was appointed Director of Regional Competitiveness following a restructuring of the organisation in 2008.

A graduate of both Bath and Strathclyde universities, he began his career in the private sector in 1985, working for multinationals Esso and Volvo.

He was Head of Small Business Development at Scottish Enterprise Renfrewshire in the early 1990s, then worked as director of a management consultancy before joining HIE in 2001.

Mr Paterson lives with his family in Inverness.

Chair of HIE William Roe CBE said: "The post of HIE Chief Executive is a key one, not just for our own organisation, but for the whole of the Highlands and Islands.

"We had a great deal of interest in the post, attracting some very strong applicants from across the UK and overseas.

"In Alex Paterson, I am confident that the Board has found the perfect Chief Executive to take HIE forward to the next phase of its development.

"He combines a strong track record of private and public sector experience, excellent management and leadership skills, and a clear vision, all of which are critically important in the challenging times which the whole country is now experiencing.

"I am delighted that Alex has accepted the Board's invitation to take up this appointment, and greatly look forward to working closely with him in his new role.

"I would also like to express my sincere gratitude, along with all members of the HIE Board, to Sandy Brady, HIE's Director of Strategic Planning, who has been our Acting Chief Executive since last August.

"It is a considerable challenge to take on such an important role on an interim basis and Sandy's experience and leadership have been invaluable in maintaining HIE's impressive performance during this period."

John Swinney MSP, Scottish Government Cabinet Secretary for Finance and Sustainable Growth, said: "Alex Paterson will bring a wealth of public and private sector expertise and experience to this role and I have no doubt he will provide strong, dynamic leadership to HIE.

"Scotland recently returned to economic growth and Highlands and Islands Enterprise has a key role to play in helping to sustain and strengthen economic recovery. Alex is exactly the right person to lead HIE as it rises to these challenges.

"Under his leadership I have no doubt that HIE will build upon its already successful track record of promoting economic and community development across the Highlands and Islands."

Mr Paterson said: "I am naturally delighted to be appointed as Chief Executive of Highlands and Islands Enterprise.

"Working for HIE for the past nine years has been a great pleasure. It's a superb organisation with a talented and dedicated workforce who are determined to do all they can to help our region prosper and contribute to Scotland's economic recovery and growth.

"It will be an absolute privilege to lead their efforts, as we work together to support the ambitions of businesses and communities to achieve sustainable economic growth across the Highlands and Islands."

"Alex Paterson will make an excellent Chief Executive and I greatly look forward to working closely with him in his new role."

Established in 1991, HIE is the Scottish Government's development agency for the Highlands and Islands region which covers half of Scotland, stretching from Shetland to Argyll, and from the Outer Hebrides to Moray.

Uniquely, HIE's remit combines both community and economic development, recognising that the two activities are inter-related in delivering sustainable economic growth across such a large, yet relatively sparsely populated region.