Small, medium and large companies from across the UK are today celebrating winning a Queen’s Award for Enterprise - the UK’s highest accolade for business success.

The success of 152 businesses has been recognised this year: 116 exporting companies have won ‘Awards for International Trade’; 27 for ‘Innovation’, and nine for ‘Sustainable Development’ benefitting the environment, society and the economy.

Eight individuals, nominated by their peers for their efforts to encourage UK entrepreneurship, have won the Queen’s Award for Enterprise Promotion. Their nominations showed that as well as being full-time entrepreneurs, they voluntarily pass their skills and experience on to others, get involved in education and inspire students, and work to provide help and support to develop peoples business skills. These eight business people, alongside the successful businesses, can now look forward to a Royal Reception at Buckingham Palace.

Included in the list of winners was KP Technology in Wick, which is celebrating its second win.

“It is an absolute pleasure to be able to undertake this endeavour from the beautiful location of Wick in the North Highlands and I am very grateful to all my staff who put their heart and soul into making the business a success and indeed we are recognised as the world-leader in our field.

“I very much look forward to the reception for prize winners at Buckingham Palace on July 23rd. KP Technology previously won the Queen’s Award for Enterprise in the Innovation category in 2008 and my wife and I enjoyed a brief chat with Her Majesty who has not visited Wick for some time, although Prince Charles is a regular summer visitor to the Castle of Mey.”

Roy Kirk, Highlands and Islands Enterprise's Area Manager in Caithness and Sutherland, said: "We are delighted that Professor Baikie and his team at KP Technology have won their second Queen's Award for Enterprise. The first award in 2008 was for Innovation and it is clear they have built on this very successfully to now win an International Trade award. As the only manufacturing firm in the Highlands and Islands to have won two awards, we are extremely proud that their hard work, ambition and innovation has been rewarded in this way.

“HIE has worked closely with KP Technology for a number of years, building an excellent partnership to support research and development and international sales initiatives. As a local Caithness company with an international reputation as a leading supplier in a specialised industry, we look forward to continuing to work alongside KP Technology to support its growth."

Business and Energy Minister, Michael Fallon said: “The Queen’s Awards for Enterprise are one of the most internationally-recognised and sought after awards that a UK business can achieve. They give companies prestige, an edge overseas and a well deserved boost.

“The Queen’s Awards highlight our strong entrepreneurial streak and the excellent businesses we have up and down the country who are growing, creating jobs, making a valuable contribution to the economy and helping us to compete in the global race. I applaud each and every one of the winners.”

The standard of entries this year was high, with 25 per cent of entrants winning an Award. 14 of the winning companies have 10 employees or fewer; 133 have fewer than 250 employees.

Winning businesses come from a range of sectors including; building and construction, food and drink, and many more. They also range from enterprising small businesses, with just two employees, to household names such as Regatta and Tyrrells Potato Crisps.

There are multiple award winners this year in the ‘International Trade’ and ‘Innovation’ categories: Niftylift and Reid Lifting; and in Innovation and Sustainable Development: SPINKO trading as Harrison Spinks. Sun Mark has become the first ever company to win an award in five consecutive years.

Winners of The Queen’s Awards are visited by a Royal representative and presented with a crystal bowl to mark their achievement. They also attend a celebratory reception at Buckingham Palace. They can use The Queen’s Award Emblem in advertising, marketing and on packaging for a period of five years as a symbol of their quality and success.

To find out more about next year’s awards visit www.queensawards.org.uk

KP Technology was awarded "Rural Business of the Year" at the Amazon Growing Business Awards Ceremony last night in London recognising our 'truly global business'.   Professor Baikie, Founder and CEO of KP Technology, speaking from the Materials Research Society Conference in Boston USA, said "We are very proud to win this national award against stiff competition.
[Other Professional Services]
21/4/2018 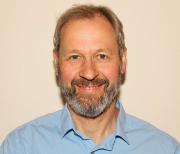 KP Technology is delighted to announce that it has been awarded a Queen's Award for Enterprise in Innovation, the UK's most prestigious business accolade, for its pioneering development of an air photoemission system (APS) for materials analysis.   This invention uses ultraviolet light to measure intrinsic energy levels of electronic materials.
[Other Professional Services]
9/4/2014

An award-winning Caithness company which develops cutting edge scientific equipment used across the globe has received a significant new order from the US Government space agency.  â€‹ KP Technology Ltd, based in Wick, has received an order from NASA (National Aeronautics and Space Administration) for its Kelvin Probe system.
[Other Professional Services]
24/4/2013

Prof Iain Baikie, Director of KP Technology in Wick, picked up a John Logie Baird Award - one of the major innovation awards open to Scottish businesses- last week.  At a reception for over 300 people in the Glasgow Science Centre, KP Technology won in the "Impact in Innovation" category.
[Other Professional Services]
20/4/2008

KP Technology Ltd, a high-tech company, located in Wick in the far north of Scotland, has been awarded the prestigious Queens Award for Enterprise in Innovation for research, design and manufacture of specialist Scientific Equipment called Kelvin; Probes.  The Queens Awards for Enterprise is an awards programme for businesses and other organisations who excel at international trade, innovation or sustainable development.
[Other Professional Services]
16/9/2006