Unemployment By LEC Area At December 2006 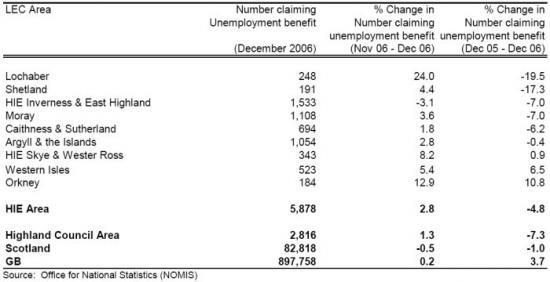 Over the month to December 2006, the number of people claiming unemployment benefit rose in 8 and fell in the remaining 1 LEC area. Lochaber had the greatest increase over the month, rising 24.0% from 200 to 248 claimants. Inverness and East Highland was the only LEC to decrease during the month, falling 3.1%, from 1,582 to 1,533.