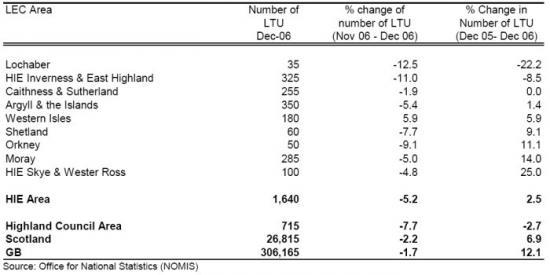 Further economic information and previous Factsheets can be accessed on the HIE Website: http://www.hie.co.uk
All information supplied by Highlands & Islands Enterprise.