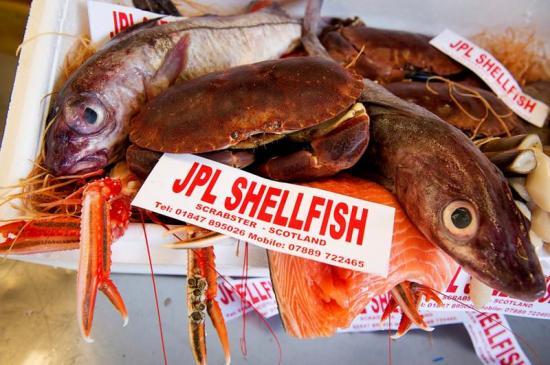 A Caithness based processor and supplier of locally sourced shellfish is to further expand its premises to help manage the growing worldwide demand for its products.

Highlands and Islands Enterprise (HIE) is supporting JPL Shellfish with a grant of £60,000 which will also allow the company to increase its workforce.

Situated at Scrabster Harbour, and established in 1992, JPL Shellfish serve customers across the UK and beyond. The company expanded its premises in 2012 and has since increased the number of staff from six to 32.

JPL Shellfish want to develop the business further to keep up with the worldwide demand for its range of products which include live lobster and crab, mussels, langoustines and lemon sole.

The business is run by husband and wife John and Christina Logue. It began as a local agent for a large shellfish export company based in central Scotland, however broke away to establish its own customers in Europe where weekly exports of live winkles were delivered.

In 2011, the company upscaled their current offering to the export markets and now sells overseas to 10 countries around the world, including France, Spain and Portugal, direct to restaurants and wholesalers looking for a range of live shellfish products.

The company currently also operates as a wholesaler and retailer with a fish shop in Thurso and fish vans in Inverness.

HIE has been working with JPL to develop further growth opportunities.

Laura Gunn, Development Manager at HIE, said: "We are delighted that JPL's growth in Scrabster over the last years has exceeded expectations and we are pleased to support the latest expansion. HIE will continue to work with the company to realise even further growth opportunities for this area. With the company breaking into new international markets, its success is showing the world the quality of the shellfish we have here in the Highlands."

This expansion project seeks to help the company expand by providing increased storage capacity for their stock, expansion of the processing area and enhanced packaging facilities.

Megan Donnachie, Senior International Trade Advisor at SDI, said: “JPL’s premium quality shellfish is a perfect match for Singapore - a market that demands perfection on a plate. Our objective as the official seafood sponsor of the World Gourmet Summit was to raise awareness of Scotland’s phenomenal seafood industry and JPL certainly helped us achieve this.”

As a result of the event, SDI was able to help JPL secure business from a major importer in Singapore.

The Plus A three-year project to restore confidence and resilience in Moray's tourism sector, has secured £350,000 from Highlands and Islands Enterprise (HIE).   The project, by strategically important destination management organisation Visit Moray and Speyside (VMS), will deliver a series of initiatives aimed at inspiring, enabling and delivering destination recovery.
[Advisory / Counseling Services]
31/1/2021 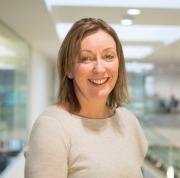 A new initiative to drive growth in the food and drink sector has been welcomed by HIE.   The Scotland Food & Drink Partnership launched The Academy this week to help businesses targeting growth, after the industry was one of the hardest hit by COVID-19 and Brexit.
[Advisory / Counseling Services]
29/12/2020

Community organisations in the region which are delivering, reshaping or reintroducing vital community services as a result of the COVID-19 pandemic, are being encouraged to check their eligibility for a Scottish Government fund.   Highlands and Islands Enterprise (HIE) is administering the Communities Recovery Fund (CRF) in the region.