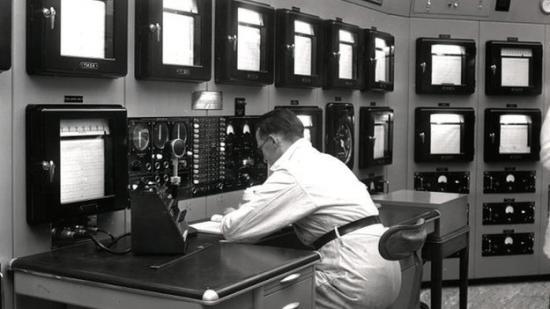 The control room panels and control desk have been donated to Caithness Horizons and reconstructed at the museum to form the basis of a new permanent exhibition representing Dounreay's significant part in Scotland's industrial heritage.
The project team have developed a special framework to display the control room in the newly refurbished exhibition area and a small amount of restoration work has been carried out ready for display.

In June 1955 construction of the DMTR commenced. It was constructed to test the effects of irradiation on metals. The reactor was contained in a steel pressure vessel, and had a thermal output of 25MWt. It was housed in this type of vessel because of its shape and became known affectionately as the ‘upturned dustbin’.

The construction was completed in February 1958 and DMTR went critical in May 1958, making it the first operational nuclear reactor on Scottish soil. In May 1969, DMTR closed for the last time.

In order to try and preserve and interpret the history of Dounreay for future generations, a Heritage Advisory Panel has been set up between Caithness Horizons, Historic Scotland, High Life Highland, the National Museum of Scotland, the Royal Commission on the Ancient and Historical Monuments of Scotland and DSRL.

One of the main functions of the Heritage Advisory Panel is to ensure that objects collected at Dounreay are given to the appropriate museum and preserved for future generations to enjoy.

The new exhibition is a welcome addition to Caithness Horizons and will be open to the public in the new year with an official opening in the spring. Funding for the new interpretation panels has been secured from Museums Galleries Scotland.

Joanne Howdle, curator of Caithness Horizons, said: "We are delighted to house the DMTR panels as part of the new Dounreay exhibition area. It’s vital that Dounreay’s unique heritage is preserved and displayed for our visitors and future generations to appreciate and enjoy. Over the decades Dounreay has had a massive impact on the local area and plays a significant part in the industrial heritage of Caithness and north Sutherland. These panels complement the existing Dounreay story in our museum and form a striking vision in our newly extended exhibition."

Dounreay Collaborates With University To Inspire A Culture Of Innovation

DSRL, the University of the Highlands and Islands and the Nuclear Decommissioning Authority (NDA) have collaborated to develop an innovation workshop for some of Dounreay's future talent.   Dounreay was a former nuclear research centre for 50 years, and now wishes to trial innovative ideas as it decommissions, by challenging conventional methods and bringing in ideas from other industries.
[Other Public Services]
5/11/2021 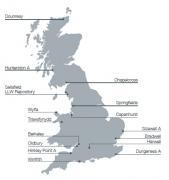 This is the latest iteration of the Mission Progress Report (MPR) which focuses on the key themes that form the milestones by which we will deliver our mission across our nuclear sites.   In this report, our progress and goals have been aligned with those in our latest Strategy, published in March 2021, allowing for a more consistent approach to presenting our decommissioning mission.
[Visitor Attractions]
14/10/2021

The re-launch of the former Caithness Horizons centre in Thurso is set to take place on Tuesday, 2 November 2021, with the facility being rebranded as the North Coast Visitor Centre.   Its relaunch will bring back into use a valuable community asset and support the wider community and economic benefit for Thurso and the wider Caithness Area.
[Other Public Services]
25/6/2021

Airline suit work has restarted at Dounreay after more than a year's delay caused by the COVID-19 pandemic.   Wearing an airline suit is cumbersome and the wearer needs to be dressed and undressed by a dedicated team of helpers who then provide support throughout the task.
[Advisory / Counseling Services]
19/3/2021

UK-Japan relationship in nuclear science boosted by robotics and automation.   Britain and Japan have signed a research and technology deployment collaboration to help automate nuclear decommissioning and aspects of fusion energy production.