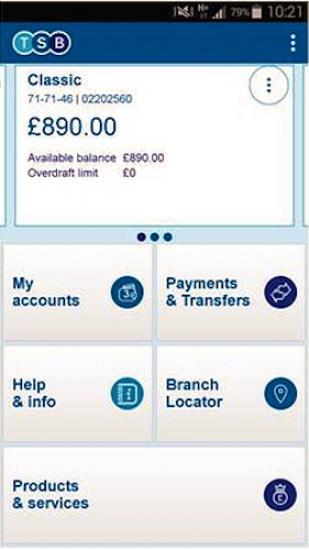 TSB has improved mobile access for customers this week, by launching a new and improved mobile banking app for Android and Apple smartphones and tablets. The new app will make it quicker and easier for customers of TSB to carry out their day-to-day banking activity wherever and whenever is most convenient for them.

In addition to featuring an updated look, the new app is designed to be easier to use, as well as faster and more responsive than the previous version.

Features of the app include:

Quicker logins. People can log in quickly and securely using just three characters from a user's memorable information, once they have completed the app registration process.
Pay a Contact (PayM) compatibility. This is a new and easy way to send and receive payments between friends and family members by using just a mobile phone number.
View statements conveniently.
Create and pay new accounts.
Branch and ATM locator.
Nearly 1 million people have used TSB's mobile Internet banking and over two-thirds (67 per cent) of TSB's Internet banking logins are now made via smartphones and tablets.

Ashley Machin, TSB's Chief Digital Officer, said: "Our new mobile app is a great example of how TSB is delivering local banking on demand. We know that customers like our "bricks and clicks" model - allowing people to bank with us in a way that's convenient for them - and we've worked hard to make the new app faster and even easier to use."

The app is available for customers using Android v2.3 and above, and Apple iOS v5.0 and above. Existing users will receive an app update, while new users can download it by searching 'TSB' in Google Play and the App Store or by visiting our mobile banking page.

People with Windows and BlackBerry phones can continue to use TSB's previous app or login via their device's Internet browser.

MSP contacts TSB chief executive after closure and reduced hours released.   MSP David Stewart has called for the UK Government to take action to stem the flow of bank closures and the pattern of reduced banking hours following the announcement that the TSB is to close a Moray branch and cut hours at other branches across the Highlands.
[Banks & Finance]
23/4/2015

TSB has launched an exclusive credit card offer for people who have a TSB bank account.  Helping people make more of their money, the bank is refunding the 1% balance transfer fee for customers taking out a new Platinum Purchase Credit Card.