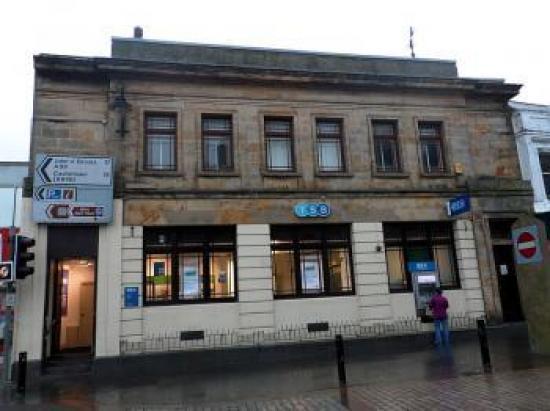 MSP David Stewart has called for the UK Government to take action to stem the flow of bank closures and the pattern of reduced banking hours following the announcement that the TSB is to close a Moray branch and cut hours at other branches across the Highlands.

Mr Stewart, who represents the Highlands and Islands, which includes Moray, has been told that TSB is to close its Keith branch because "it is no longer financially viable due to lower footfall".

The bank is also reducing the opening hours of eight branches in the region - Dunoon, Forres, Nairn, Wick, Tain, Thurso, Grantown-on-Spey and Dingwall. Customers will be receiving letters this week.

“This is another body blow for rural areas which have already suffered from other banks closing and reducing their hours,” said Mr Stewart.

“I've written to TSB’s Chief Executive, Debbie Crosbie, to ask if Keith can be saved and to try to get some reassures that the other eight branches will not see closure in the future.

“While I understand that banking patterns have changed, branches provide a much-needed service and not everyone can use internet banking, especially where internet coverage is patchy, and where customers are wary of on-line systems.

“Businesses and tourists also need a High Street presence. TSB has said in order that branches are viable in the longer-term it needs to see customers choosing to bank at them, highlighting a use-it or lose-it message, especially for the Highlands.

The UK Government has responsibility for banking and Mr Stewart believes more could be done to help maintain banks on our High Streets.

“The next Labour government will set up almost 300 publicly owned Post Banks in Scotland to ensure every community has face-to-face banking. By utilising the extensive network of Post Office branches, Labour’s Post Bank would have by far the largest branch network of all UK banks,” he said.

Mr Stewart added that a network of Post Bank branches would help stem the tide of post office closures, uniting important banking, business and community services under one roof and creating skilled jobs within one of the country’s most trusted brands.

Research by Which? has revealed that Scotland has lost more than a third of its bank and building society branches in just eight years, with 610 branches closing down between 2010 and 2018, and more than 200 ATMs in the past year alone.

The Thurso branch of the TSB will close on 22 April 2022.   TSB will continue to have 7th largest branch network with over 200 branches No closures where TSB is currently "last branch in town" 10 further ‘pop-up' branches to be opened 150 fewer roles but all impacted staff to be offered alternative roles at TSB TSB has announced it will close 70 branches in 2022 as it responds to declining branch use and increasing numbers of customers switching to digital banking services.
[Banks & Finance]
23/4/2015

TSB has launched an exclusive credit card offer for people who have a TSB bank account.  Helping people make more of their money, the bank is refunding the 1% balance transfer fee for customers taking out a new Platinum Purchase Credit Card.
[Banks & Finance]
18/2/2015

TSB has improved mobile access for customers this week, by launching a new and improved mobile banking app for Android and Apple smartphones and tablets.   The new app will make it quicker and easier for customers of TSB to carry out their day-to-day banking activity wherever and whenever is most convenient for them.