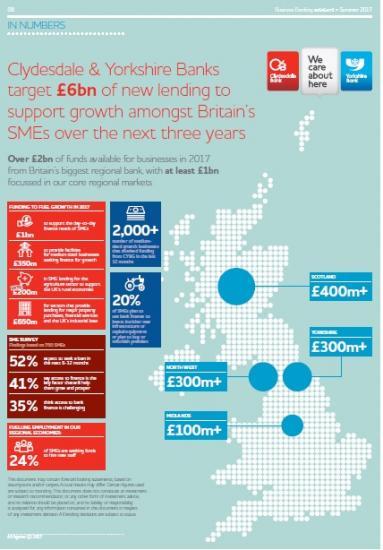 The farming sector in Scotland saw a drop in Total Income from Farming from £775 million in 2014 to £653 million in 2015. However the sector showed great resilience in 2016 with initial estimates forecasting a rise to £749 million.

Since the Brexit vote, there has been a 10% to 15% devaluation in Sterling against the Euro and USD. Even assuming flat global agricultural commodity prices, based on the weaker currency alone, 2017 also looks positive. With the level of subsidy to agriculture in Sterling worth 10% to 15% more in the current year, and the price of almost all agricultural products 10% to 15% higher than this time last year, there are genuine grounds for optimism in terms in terms of TIFF for 2017.

In addition, with a significant strengthening of Sterling unlikely in the next couple of years during the Brexit negotiations, this should provide a good level of support for agricultural prices in the UK, making exports more attractive.

Despite the positive signs, the longer term success or failure of agricultural businesses will undoubtedly be determined by continuing to drive efficiencies and make good, well researched management decisions. Further, historically 60%-80% of TIFF has been generated from European based subsidies, so famers will need to remain as informed as possible in relation to ongoing business and strategy decisions.

To help future proof their operations, agricultural businesses are also seeking to create new income streams and make the most of the uncertain times by seizing unique opportunities for growth such as research and development, renewables and technology, which often require significant investment.

Clydesdale Bank's own lending figures to its agricultural sector show a sharp improvement last year with a 15% increase in lending in 2016.

Brian Colquhoun, Head of Commercial Banking and Agriculture, Clydesdale and Yorkshire Banks, said: "Agricultural businesses throughout the UK have faced recent uncertainties and challenges head on, and are demonstrating incredible resilience. Agriculture is the foundation of many regional economies, and through our £6 billion lending commitment to boost the growth of SMEs throughout the UK we will play our part in supporting the ambitions of the rural economy."

Colquhoun added: "Farmers have demonstrated genuine entrepreneurial spirit by investing to generate new income streams. We are fortunate to have the opportunity to work with many forward-thinking customers and it is incredibly important they know they have the support behind them when exploring these options."

A key driver of this change is increased investment in renewable energy. Clydesdale and Yorkshire Banks have seen many examples of this, including Andrew B Young farm in Girvan, South Ayrshire who recently received a seven-figure funding package to support the construction and operation of an anaerobic biomass digester.

Virgin Money will close 31 of its 162 branches in the coming months as more customers shift to online banking.   The Wick branch was part of the Clydesdale network before being acquired by Virgin.
[Banks & Finance]
19/6/2019 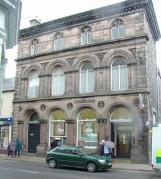 Individuals, businesses and community groups in and around 14 communities in the Highlands and Islands have an extra two weeks to take part in an online survey on rural banking services.   Among other things, the survey asks about the importance of being able to withdraw and deposit cash locally, experiences of using Post Office and mobile banking services, and the perceived impacts of local branch closures.
[Banks & Finance]
18/1/2017

In September 2016 CYBG PLC, the parent company of Clydesdale Bank, announced that its branch network would be reducing as part of the Bank's strategy to create a truly integrated digital, mobile, telephone and branch service for its customers.   Following last year's announcement, Clydesdale Bank has today confirmed that it will close 40 branches in 2017.