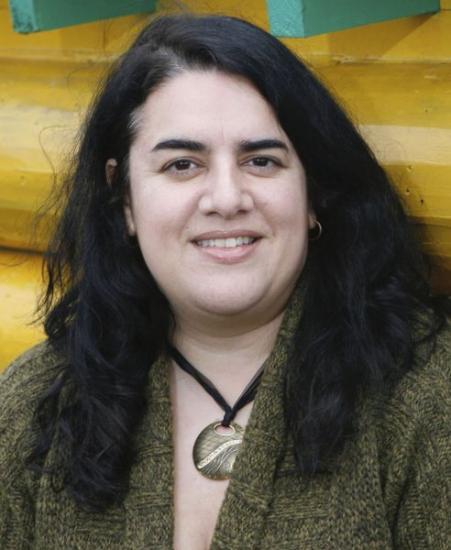 Louise Smith has been appointed to progress an important marine project set to play a crucial role in revitalising the economy of Caithness following the de-commissioning of Dounreay. Civil engineer Louise Smith takes up the two-year post of project manager with the Pentland Firth Tidal Energy Project next Tuesday (12 February 2008). She joins Duncan Mackay, from the Crown Estates, who is already in place. Louise's new post is funded by HIE and the NDA.

The Pentland Firth Tidal Energy Project is one of the key initiatives being promoted by the Caithness Regeneration Partnership, established early last year to help develop the economy during the run-down of the nuclear plant.

The Partnership is made up of four agencies - Highlands and Islands Enterprise (HIE), Highland Council, the Nuclear Decommissioning Agency (NDA) and the Scottish Government.

Louise will be working out of the state-of-the-art T3UK office and trials facility at Janetstown, on the outskirts of Thurso, alongside the Caithness Regeneration Partnership Programme Manager and HIE's Inward Investment Manager.

Carroll Buxton, Area Director, HIE Caithness and Sutherland welcomed Louise's appointment. She said: "We have established a board to coordinate the tidal energy project comprising two local enterprise companies, HIE Caithness and Sutherland and HIE Orkney, Highland Council, the NDA, the Scottish Government and the Crown Estate. These partners agreed to recruit two project managers. Duncan was the first and Louise is the second. Her appointment means the team of people working to develop and diversify the Caithness and North Sutherland economy is now almost complete."

She added: "The marine energy project is one of the most significant projects in the Caithness Regeneration Plan. It is focusing on how we can obtain the best results out of the Pentland Firth and the energy it can generate for the local economy."

Randall Bargelt of the NDA explained: "Marine energy has enormous potential for Caithness. Opportunities were grasped over 50 years ago when the community supported the development of the Dounreay nuclear plant. The NDA is now delighted to be supporting the region to develop another significant opportunity in the waters of the Pentland Firth and I am delighted that we have been able to appoint someone of Louise's calibre to this important post."

Louise is already well known in the area for her voluntary work promoting renewable energy projects. Whilst working for the Ormlie Community Association she set up a free energy advice service for householders in Caithness and Sutherland which is now fully funded and employs four energy advisers.

In addition, Louise has achieved a high profile through her role representing the Caithness Energy Alliance - a body formed by a number of businesses with a Caithness base, to target the renewable and offshore markets. This week Louise was one of the speakers at a major conference organised by the Alliance in Edinburgh with the aim of highlighting the potential of the Pentland Firth in the marine energy field. She is also on the board of Highlands and Islands Community Energy Company (HICEC).

Louise's family moved to Caithness in 1965 when she was six months old and her parents, John and Arlene, still live in the area. John is a retired Vulcan employee and Arlene works for Sepa.

Louise left Caithness to study civil engineering in London and for the next two decades worked on large-scale highway and viaduct construction projects across the globe.

However, mother-of-two Louise always wanted to return home to Caithness to give her own children the freedom she herself enjoyed growing up. She finally achieved that ambition in 2004. She said: "I loved being a bridge engineer - you get such a thrill out of building something so big. I gave up a very good job to move back up here but giving my children the opportunity to live here was more important."

She continued: "I do have a background in planning, environmental work and construction management - all the things that would be part of a tidal energy project. In my new role I will also be able to use my communication skills and experience in public consultation."

Louise is confident the Pentland Firth Tidal Energy Project will become a reality. She said: "I have a huge belief in our community's ability to deliver a large scale development in the Pentland Firth which will bring jobs to the North - there is so much work attached to marine energy development. I am in my 40s now and in 20 years time I would like to think that my children will be able to work locally and that they will be bringing my grandchildren up in Caithness. That is my dream and I will do my best to achieve it."