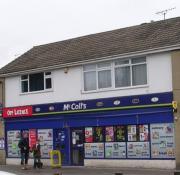 The convenience store/newsagents chain McColl's is reported to be on the brink of collapse.  It's the largest Post Office provider in the UK, and host to hundreds of Amazon lockers and CollectPlus collection points.
[Grocers & General Stores]
3/6/2020

The future of the UK's high streets - A Podcast

Co-op To Hire 5000 Out Of Work Hospitality Staff 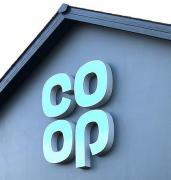 Convenience retailer, the Co-op, has announced plans to create 5,000 store-based roles in a bid to provide temporary employment for hospitality workers who have lost their jobs and to increase support for local communities, amid the ongoing coronavirus outbreak.   Recruitment procedures have been simplified so that candidates can apply for positions by walking into their nearest Co-op with a view to starting work in a matter of days.
[Garden Centres & Equipment]
19/10/2018

After a few weeks of preparations the new B & M Store has opened today 19th October 2018.   The store took over the premises vacated by Homebase that recently closed several stores around the UK.
[Supermarkets]
10/1/2015

Most Northerly Phone Shop In The UK Opens At Tesco Wick

Techno-geeks and trend conscious phone users in the town of Wick and its surrounding areas will no longer have to rely on the internet or have to travel to Inverness to suss out which of the latest smartphones suits them best.   That's because following an extensive refresh the Tesco superstore in Wick has seen a Tesco Phone Shop added to the many services it offers.
[Supermarkets]
14/12/2014

Tesco in Wick are now offering a meeting room free of charge for one off or regular weekly meetings.   Part of their relaunch involves offering facilities to the community.
[Food & Drink Products]
25/7/2014

A brand new children's food festival will take place in the North Highlands in the summer of 2015 it has been announced.   Created and organised by the North Highland Initiative (NHI) in partnership with Scotland Food & Drink, the festival will take place from 5 and 6 June 2015 and aims to highlight the importance of local food production, how to make great cuisine and good food choices and the variety of career opportunities in food production and service.
[Supermarkets]
30/4/2014

Tesco is helping customers to accessorise their homes with the latest design trends, through the launch of its transformed homeware range.  The range, led by a new team, reflects current fashions and offers a choice of five key Spring/Summer trends.
[Off Licences]
4/12/2013

Christmas Hampers Made To Order

Mackays Grocers in Thurso will make hampers up to your speciifications.   Want a Caithness product theme - no problem.
[Food & Drink Products]
29/6/2013

Croft-reared Highland beef and lamb served at the royal wedding reception of Prince William and Kate Middleton is now available nationwide and even across Europe, thanks to a brand new partnership between Mey Selections and Campbells Prime Meat Ltd.   Eight Mey Selections cuts of beef are now available for sale direct to the public on Campbells Website and can be delivered fresh across the UK and Europe.
[Grocers & General Stores]
21/10/2012

The new Poundstretcher store in Wick will open on 26th October.   Stock has been flowing to the store over the past few days.
[Food & Drink Products]
10/5/2011

After all the months of planning, wondering if the idea would work, and waiting for stallholders to come forward, it was a great boost yesterday to see so many locals and visitors coming in to see us.  We already have a waiting list of potential stallholders but we are fully booked for the whole season at the present time.
[Food & Drink Products]
21/5/2009

David Whiteford has been appointed as the new Chairman of The Prince's North Highland Initiative.  Mr Whiteford will take up the position on 1st June 2009.
[Food & Drink Products]
28/4/2009

Organised and hosted by Mey Selections, and with the support of Highlands and Islands Enterprise, a group of ten top London chefs have, over the past few days, experienced for themselves just what it is about the North Highlands that produces award winning food and drink.   Philip Corrick, Head Chef of the Royal Automobile Club, commented, "I am certain I speak for the rest of the group when I say that the North Highlands is unique in the UK in being able to deliver time after time, such a variety of quality produce - be it beef, lamb, mutton, seafood, cheese or bakery products, and much more." "The winning combination of the unspoilt environment together with the care and traditional skills employed by the region's fine food producers creates wonderful ingredients and products which consistently deliver on taste and performance.
[Food & Drink Products]
31/3/2009

Mey Selections becomes first Scottish consumer goods company to put carbon labels on products Mey Selections, the Caithness based food brand, is the first consumer goods company in Scotland to be certified with the Carbon Trust's Carbon Reduction Label.  Mey Selections Luxury Shortbread and two Honey products will carry the Carbon Reduction Label in stores from 1 May, demonstrating the company's work to measure and, crucially, its commitment to reduce its carbon footprint over the next two years.
[Food & Drink Products]
28/1/2009

Barrogill Races Ahead With The Kandahar

The Kandahar Club races each year in Switzerland at the world famous Murren Inferno downhill ski race - the longest downhill race in the world.  This year the North Highland's Mey Selections Barrogill has sponsored the Hulse-Palmer Cup which is awarded to the three Kandahar teams with the best improved times in the Inferno race, and to the member of the Club with the best individual performance.
[Food & Drink Products]
2/12/2008

Mey Selections won the Best Retail Initiative award last week at the NEC in Birmingham.  The award, given by Radio 4's food and farming programme is seen as the Oscar of the food and farming world and it acknowledges Mey Selections outstanding achievement with customers on a national scale.
[Food & Drink Products]
8/4/2008

The Mey Selections brand has now been enhanced by a special range of tweeds designed and manufactured by world leading textiles and cashmere producers, Johnstons of Elgin, and developed in conjunction with HRH The Prince Charles, Duke of Rothesay.   Mey Selections Castle of Mey Estate Tweed was launched at the new Johnstons £1.5million Heritage Centre yesterday where it was received by TRH The Duke and Duchess of Rothesay during their visit where they viewed the weaving of the tweed in one of the only traditional mills left in the country.
[Food & Drink Products]
30/3/2008

A range of Mey Selections fine food products is now available in Aviemore Highland Shopping, Scotland's latest luxury shopping complex, to be found at the Macdonald Aviemore Highland Resort.   Tracy Waters, Business Development Manager for Mey Selections commented: "It is really exciting to be involved with such a visionary retail experience, which has succeeded in gathering together the top quality Scottish brands.
[Supermarkets]
21/3/2008