The by-election for a councillor to represent Inverness Central - Ward 14 on The Highland Council has been won by Emma Roddick - Scottish National Party (SNP) who was one of six candidates who contested the vacancy.

Voting was by the single transferable vote and Emma Roddick emerged as the winner at the third stage of the count.

The bi-election was caused by the resignation of Richard Laird who was an SNP councillor.

The second placed candidate was the Conservative's Rachel Hatfield who got 360, followed by Independent Richie Paxton on 338, who was ahead of the Liberal Democrats Mary Dormer with 325.

Labour's Ardalan Eghtedar was knocked out in the first round with just 154 votes, only to be followed in the second phase by the Greens' Russell Deacon with 238.

Inverness Central has 3 councillors. the other two are -

There are 74 councillors in Highland.

Council calls for a share for Highland in renewable energy profits

Members at today's full meeting of Highland Council agreed a motion from the Leader and Chair of Corporate Resources, which would call for a fairer share of income derived from the development of the region’s natural resources to establish a Highland Renewable Fund.   In the motion Highland Council Leader, Cllr Margaret Davidson, highlighted that at a time when private energy companies are making huge profits from the abundance of natural resources of wind and water in the Highlands the region’s roads were suffering.
[Local Authority]
12/5/2021

National Mòd Asks Highland Council For A Further £80,000 To Run The Inverness Mòd 2021

At the Highland Council Gaelic committee to beheld on 18th May 2021 the committee will be asked to agree that the National Mòd for Inverness in 2021 should be given a further £80,000.   The council has an agreement to pay £40,000 annually that aids the Mod to come to Highland every three years.
[Local Authority]
12/5/2021 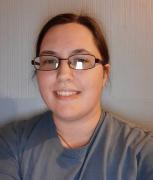 Anja Johnston from Thurso will take up the role of Highland Youth Convener early in May 2021 This full-time role is a bursary position that will run for 12 months.   The 24-year-old, has previously worked as an Assistant Youth Worker, delivering the YOJO digital youth project with High Life Highland.
[Local Authority]
11/5/2021

Since the launch of the Highland Employment Recruitment Offer (HERO) in March 2021, there has been a positive uptake of the grant scheme across Highland as 157 applications have been approved in principle, with 73 recruited/currently being recruited.   HERO is funded by The Highland Council and the Scottish Government under the No One Left Behind and Young Person's Guarantee Funding Streams.
[Local Authority]
10/5/2021

Grant award allocated towards delivery of 20 mph programme in Highland

Members of the Highland Council's Economy and Infrastructure Committee have agreed to allocate up to £200k of the Council's Cycling, Walking and Safer Routes 2021/22 grant award to the delivery of a new Council 20mph programme, and 10% of this annual budget is to be used in future years.   The introduction of more 20 mph speed limits on Highland roads will help the Council to meet the challenging road casualty reduction targets set out in the new Scottish Road Safety Framework launched in February this year.
[Local Authority]
27/4/2021

With the majority of businesses re-opening this week, Highland Council's Environmental Health team with assistance from Police Scotland will be undertaking joint visits to premises throughout the Highlands.   The visits aim to help raise public confidence that businesses are doing all they can to protect public safety as the lockdown restrictions are eased.
[Local Authority]
24/4/2021

A bid to fund the design and delivery of over £55 Million of transport infrastructure in Highland was submitted to Transport Scotland today.   A partnership including The Highland Council, bus operators and other stakeholders has put together a package of measures to prioritise buses in congested parts of the network.
[Local Authority]
24/4/2021

The Highland Council is inviting people to follow them on YouTube so that the local authority can broadcast live the Highland constituencies and the Highland and Islands Regional results.   Please follow (subscribe to) Highland Council's YouTube at: www.youtube.com/user/TheHighlandCouncil (external link) Constituency and Regional Returning Officer, Donna Manson explained: "Due to COVID-19 restrictions and the need to provide a safe election we are facing new challenges and opportunities in delivering the Scottish Parliamentary Election count and declaration of results.
[Local Authority]
24/4/2021

The Highland Council's Tourism Committee has approved a final draft Visitor Management Plan for 2021 yesterday (Wednesday 21 April) which aims to assist communities and the public during the anticipated busy summer months.   Chair of the Tourism Committee, Cllr Gordon Adam said: "Welcoming visitors back to the Highlands from Monday 26 April is a positive sign that the road to recovery can finally commence.
[Local Authority]
24/4/2021

Twelve successful projects have been awarded a share of £409,652 Highland Coastal Communities Fund (HCCF) yesterday (Thursday 22 April 2021) by The Highland Council's Caithness Committee.   £98,803 was agreed to be invested in moving forward an economic development project that will benefit the whole of Caithness, with a view to securing match funding for local partners.