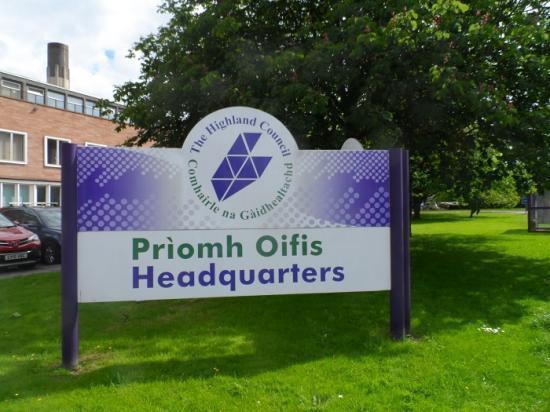 The Highland Council is calling on the UK Government to help resolve the inequity of fuel poverty experienced in the Highlands of Scotland where people pay more for fuel and energy than other regions in the UK.

Leader of The Highland Council, Cllr Margaret Davidson has written to the UK Government's Minister of State (Minister for Business, Energy and Clean Growth) The Rt Hon Kwasi Kwarteng MP calling on the government to replace the current electricity distribution system with one that replicates that of gas and telecoms and share the cost of energy distribution equally across the UK.

At the latest meeting of The Highland Council, Members provided unanimous cross-party support for a motion which stated:

"This Council recognises from its own poverty and inequality data that large areas of the Highlands have over 70% and based on data provided by the CAB up to 90% of households in fuel poverty and commits to doing all in its power to resolve the inequity that has arisen due to the regional distribution charges for electricity provision.

"To that end this Council will write to the Minister of State (Minister for Business, Energy and Clean Growth) the Rt Hon Kwasi Kwarteng MP in support of the cross-party Early Day Motion EDM #552 that; calls on the Government to replace the current electricity distribution system with one that replicates that of gas and telecoms and share the cost of energy distribution equally across the UK."

At today's meeting of The Highland Council members gave their backing to a motion that highlights the need for the UK Government to review the sick pay system and reform it as a matter of urgency.   Councillor Alasdair Christie, Chair of the Council's Recovery Board who put forward the motion along with Councillor Alex Graham said: "It has become more obvious than ever during the current Covid 19 crisis that there are clear and substantial long-standing inadequacies in the sick pay system.
[Local Authority]
27/10/2020

REGIONAL Labour MSP Rhoda Grant has welcomed a commitment from Highland Council to return all schools to a hot meal service.   In a letter to the MSP this week, the local authority confirmed more than 60 per cent of schools have gone back to serving hot meals already and it said all schools are expected to follow suit "shortly".
[Local Authority]
26/10/2020

The Leader and the Chief Executive of The Highland Council earlier today took part in a meeting of COSLA focussing on the Scottish Government's new five level protection system for Covid.   The meeting gave council leaders the opportunity to examine in more detail the mechanism outlined by the Scottish Government along with the framework of how the tier system will be implemented.
[Local Authority]
26/10/2020

Following its launch on Tuesday 20th October 2020, Highland Council has received and paid out the first Business Hardship Fund grants.   As part of the Scottish Government's response to the COVID-19 Brake Restrictions which came into effect on 9 October, the Council has been asked to deliver this grant scheme on behalf of the Scottish Government.
[Local Authority]
26/10/2020

Highland Council Trading Standards are keen to raise awareness of the role of The Small Business Financial Ombudsman Service in resolving disputes between small and medium sized businesses (SME's) and financial service providers which include banks, insurance and money lending businesses.   David MacKenzie, Highland Council Trading Standards Manager explains: "We realise the financial struggle that some SME's have had recently because of Covid 19 restrictions.
[Local Authority]
23/10/2020

At the Caithness Area Committee on 22 October 2020 members unanimously confirmed their full support to the business case for Wick John O'Groats Airport to receive Public Service Obligation (PSO) status by putting forward a motion and reinforcing their commitment to working with stakeholders and partners to deliver this as a matter of urgency.   The motion lodged recognises the fundamental strategic importance of Wick John O’Groats Airport to the economy of the region, and the energy, business and tourism sectors in particular.
[Local Authority]
22/10/2020

Councillors approve over £2 million of investment in Caithness council housing

Members of the Caithness Committee have identified fuel poverty as their number one concern and are pleased to announce that the member-led capital housing budget has increased to 10% as they welcome £2,253,000 of investment which will be used to carry out improvements to the housing stock across the county.   A specific priority of the capital programme is improving heating and make homes more energy efficient, with over £1,300,000 of budget approved to replace the oldest and most inefficient heating systems with a further £150,000 for one-off heating replacements.
[Local Authority]
21/10/2020

By intervening, Local Government has reduced the worst impacts of the COVID-19 pandemic for the most vulnerable in our communities, COSLA said today (Wednesday).   COSLA also said that is why their Blueprint outlines the lead role of Local Government in securing a fair and inclusive recovery with a strong focus on human rights, tackling poverty and addressing inequalities.
[Local Authority]
14/10/2020

In advance of the 2021 tourism season, Members of The Highland Council's Tourism Committee have agreed that the local authority will continue to work and engage with partners, national agencies and local communities to meet the challenges and opportunities that exist in the region for motorhomes and wild camping tourism.   Councillor Maxine Smith, Tourism Committee Chair said: "While coronavirus and the increased demand for staycations in the UK have played a large part in the massive increase in demands placed on the Highlands of Scotland from across the UK, the evidence does show that motorhome ownership and hire has been increasing over recent years.