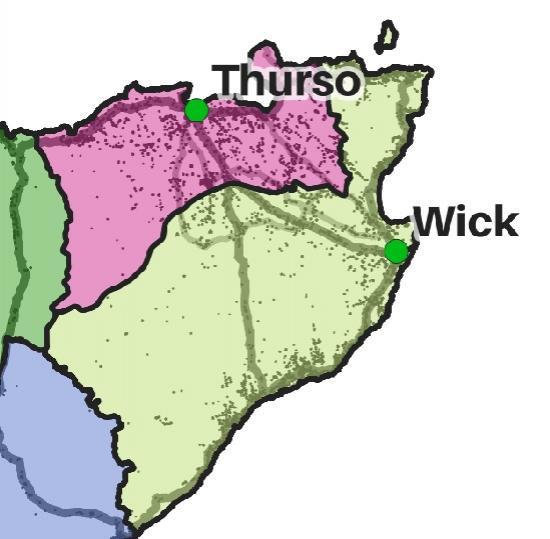 Following the recent resignation of two Councillors, preparations are underway to hold by-elections in both the Inverness West ward and the Wick and East Caithness ward.

Councillor Nicola Sinclair, one of 4 Councillors representing the Wick and East Caithness ward and Councillor Graham Ross, one of 3 members for the Inverness West ward are both stepping down.

The Returning Officer, Chief Executive of The Highland Council, Donna Manson has confirmed that the poll to elect a councillor to represent both Ward 3 (Wick and East Caithness) and Ward 13 (Inverness West) will be held on the same day - Thursday 12 August 2021.

The formal notices of election for both by-elections will be published on Thursday 1 July 2021.

It costs the Council around £45,000 to run a by-election but by using one venue for both electronic counts, and holding the by-elections on the same day, the council can achieve significant savings. Therefore, both counts, which will be done electronically, will be held in Inverness Leisure the day after polling, Friday 13 August.

As with the recent Scottish parliamentary Election, the Council will be complying with all Covid-19 social distancing requirements and extra safety measures will be in place in all polling stations and at the count. Although some schools will be used as polling stations, there will be no impact to the education of children as the new school year starts the following week on Monday 16 August.

The over 16s within the wards will be able to vote for this election and, if registered, voters will also have the option to vote by post using a postal vote.