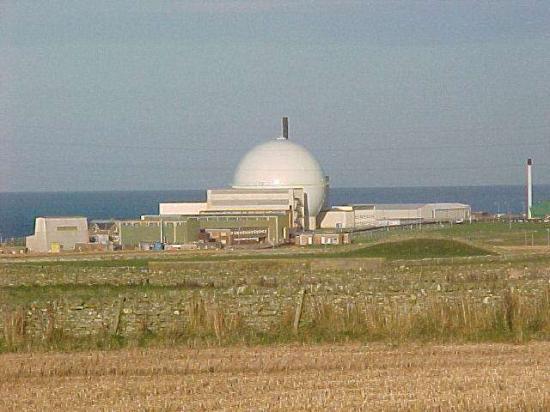 Within a few years, much of the experimental nuclear site at Dounreay will
disappear from the landscape.

Many of the facilities that have dominated the skyline of Scotland's north
coast for the past 50 years will be razed to the ground.

As the demolition of the entire site gets nearer, members of the public
will be invited in the near future to take part in a debate about which
aspects of Britain's abandoned experiment with fast reactors should be
preserved for posterity when everything else has gone.

The three-month debate early in the new year aims to identify opportunities
and discuss the options. It is expected to result in a heritage strategy
that will leave in place a legacy for future generations to interpret
Dounreay's significance in the industrial history of the last century.

It's the first time in the UK that a heritage strategy has been developed
for an entire nuclear site.

"The impetus stems from the consultation we carried out two years ago about
the 'end state' for decommissioning. This focused minds on the condition we
leave the place in when all the redundant facilities have been cleared
away," explained Doug Graham, environment team leader at Dounreay Site
Restoration Ltd.

"One of the recommendations was 'an open and transparent decision on the
future of the fast reactor sphere'. Discussions with Historic Scotland
around the same time lead us to believe we needed a heritage strategy for
the site as a whole. The heritage of the site is a lot broader and deeper
than simply one building and it's important we debate and explore all
aspects as part of this exercise."

All the redundant buildings at Dounreay are due to be demolished by 2025,
with more than 100 structures flattened already.

The only buildings needed after 2025 will be those required to look after
an estimated 15,000m3 of intermediate-level radioactive waste from
decommissioning and to exclude the public from tracts of land where
radioactive contamination will be left undisturbed.

DSRL hired Atkins Heritage to prepare a draft strategy that identifies
those aspects of the present site that are feasible to preserve, celebrate
or commemorate.

"Most buildings will be beyond economic repair, given their age and a
legacy of radioactive contamination," said James Gunn, the site's heritage
officer.

"But there are some aspects of the work that went on inside them that can
be preserved. It's important we explore what people want to see kept and
the draft strategy builds on some of the ideas that have come forward
already, such as relocating the fast reactor control room to a museum, 3D
computer models and capturing the memories of retired workers of the early
pioneering days. It's important, too, that the exercise considers cost
issues, who will look after saved items in the future and how."

A consultative document will be published and the public given three months
to make their views known. The feedback will help to shape recommendations
to the site's owners, the Nuclear Decommissioning Authority, next summer