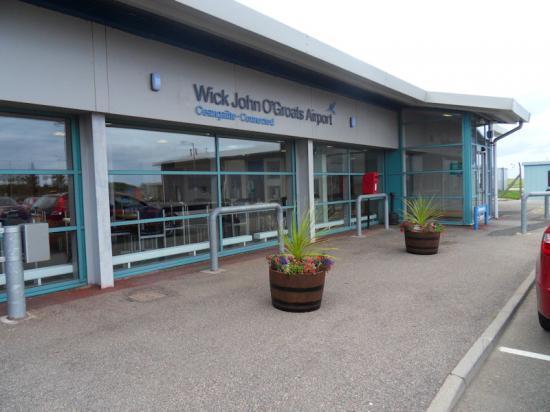 His remarks followed a visit by Alan Simpson, Integrated Planning and Turnaround Manager at Chevron, to mark the end of the company's year-long presence at the airport.

Over the course of 359 days, Chevron transported 20,000 personnel between the airport and its installations in the Captain Field and Erskine and Alba Fields.

Making a presentation to the airport staff of a specially designed commemorative artwork, Alan said: "On behalf of all of us at Chevron and particularly our Captain Field, I would like to thank everyone who worked so hard to ensure the success of this venture.

"This collaboration has demonstrated the airport's capability to support the energy sector and we trust that this gives the team at Wick John O'Groats an excellent foundation on which to build.

"We are delighted with our experience at Wick John O'Groats and wish the team well in building on the successes of the past year.�

Airport Station Manager William Sutherland said: "Chevron has been an important partner for Wick John O'Groats. Over the past year the airport has shown that it has the capability to support the energy sector and we are delighted at the success of Chevron's venture here, and in the growth of the airport more generally. We are confident that we can secure further energy related business for the airport, and for the local community."

In 2013, passenger numbers at Wick John O'Groats increased by 36% to 46,433, making it the fastest growing airport in the HIAL network.