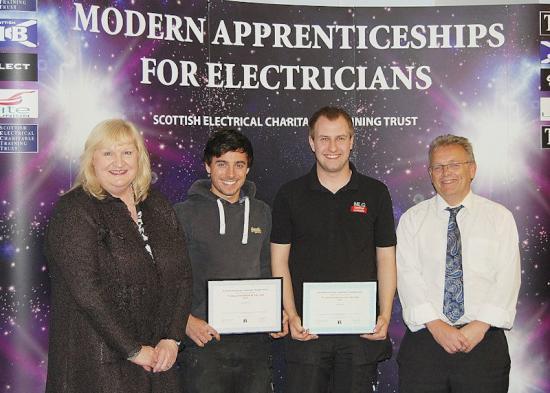 Two local apprentices who are students of the North Highland College UHI have won both 1st and 2nd Year Apprentice of the Year awards for the North of Scotland. This is the first time in the history of the Scottish Electrical Charitable Training Trust (SECTT) competition that a single college has won both of these categories.

In line with competence based assessment in the Electrical SVQ, SECTT continue to promote training and excellence in the Electrical Contracting industry by organising Apprentice of the Year competitions for both 1st and 2nd Stage apprentices. The finalists had already been through a rigorous assessment of both practical skills and theoretical knowledge in each of their area competitions.

Michael Wilson, manager of MLG Electrical says "I am proud of what Murray has achieved over such a short space of time. He is a hard worker and deserved the recognition this award has given him. I hope he will continue to keep up the hard work and he will have a promising career ahead of him."

He added "Credit must go to the boys' lecturer - all the students speak highly of him and the team at North Highland College UHI. It proves how well the local College is doing to get our apprentices up to that level."
Stage 2 winner, Murray said "I am absolutely delighted and so surprised - I didn't expect to win. I can't wait for the final now and want to thank my lecturer for all the support."

Graeme, Stage 1 winner said “I am really delighted to have made it to the final. I’ve had great support from both the College and G Anderson and would highly recommend the course to others.”

Praising the efforts of both Graeme and Murray, their lecturer commented “They are both very good lads, dedicated to their work and very competitive. They were the best in their class here at the college and put in a great effort both in the run up to the competition, and on the day. Both lads were a little nervous but came through to be clear winners.”
Graeme is currently studying SVQ Level 3 Electrical Installation (year one) and Murray is also studying the same qualification but has just completed year two. The course is three years in length and combines online study and practical work and is fully backed by the Scottish Electrical Charitable Training Trust. The course which is designed for apprentices is attended on a block release basis, allowing candidates to gain a broad based experience in electrical installation.

Colleges' financial challenges increase.   The Audit Scotland report published today (4th June 2019) shows North Highland college is only one of several colleges not to have any financial plan in place to deal with a growing deficit.
[Educational Institutions]
25/3/2019

The prospects of those qualifying through Highlands and Islands colleges are continuing to increase according to the Scottish Funding Council's annual College Leaver Destinations report.  The publication, released last week, reports on the destinations of those who left college in the 2016 to 2017 academic year.
[Educational Institutions]
6/9/2018

A deal to harmonise staff pay at a cost of £50m a year will absorb projected savings from the reform of Scotland's colleges, says the Auditor General.   Caroline Gardner's annual report on colleges says the sector reported a very small surplus in its underlying financial position in 2016/17, compared to the previous year's £8m deficit.
[Educational Institutions]
12/3/2018 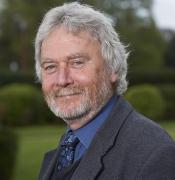 A new report has revealed that 70.3% of full-time students successfully completed their studies at Highlands and Islands colleges in the 2016 to 2017 academic year.  This is higher than the national average figure which shows that 65.3% of students passed further education courses at Scottish colleges in the period.