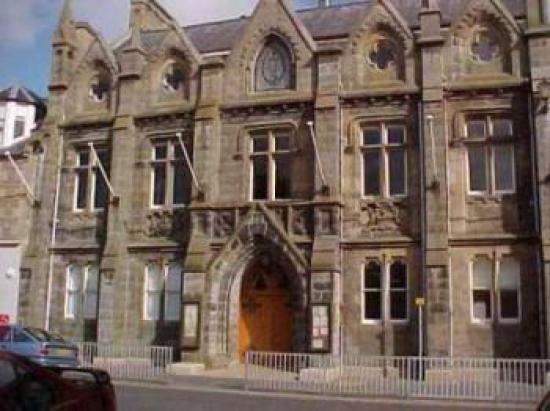 Uncertainty over funding from Highland council.

Caithness Horizons, which tells the story of the county of Caithness from 416 million years ago to the present day, has deleted its manager post and cut its curator's hours from 40 to 20 hours a week in anticipation of funding cuts.

The independent museum, in Thurso, Scotland, received £90,000 from the Highland Council, and £95,000 from Dounreay (the history of the Dounreay Nuclear Research Establishment is told in the museum) in 2017-18, towards its overall budget of £345,000.

Before Christmas the museum's manager took voluntary redundancy and the curator's hours were cut as part of a commercial operating plan requested by the museum's funders.

"We have a large museum improvements project we are kicking off and we are renovating our coffee shop and retail space," said the museum's commercial manager, Tracy Dodson.

"The museum has taken on a part-time administration officer to enable the rest of the staff to concentrate on museum and art gallery activities.

"We are quietly confident that with our new plans and a much busier annual activities calendar, along with the number of focus groups we are facilitating to increase local usage of the building, that the Highland Council will support our activities."

A Highland Council spokeswoman said: "Highland Council provides funding of £90,000 to Caithness Horizons in the current year with that agreement ending on 31 March 2018. Funding beyond 31 March2018 will be part of the council's budget decisions in February."

The council says it is facing a budget gap in the region of £33.5m in 2018-19 following its settlement from the Scottish government. The council will be considering its budget for 2018-19 at a meeting on 15 February.

This item appeared on Museum Association on 23 January 2018

The re-launch of the former Caithness Horizons centre in Thurso is set to take place on Tuesday, 2 November 2021, with the facility being rebranded as the North Coast Visitor Centre.   Its relaunch will bring back into use a valuable community asset and support the wider community and economic benefit for Thurso and the wider Caithness Area.
[Visitor Attractions]
28/2/2019

Talks have taken place on the possibility of reopening Thurso's Caithness Horizons which closed last week due to financial problems.   The operators of the museum and art gallery said increasing running costs and reduced income had made the running of the site "unsustainable".
[Advisory / Counseling Services]
5/1/2018