According to the draft Scottish Govenment budget, Highlands and Islands Enterprise will get £58.2 million in the upcoming financial year - down from £61.1 million last year.

Highlands and Islands MSP, Rhoda Grant, who is also Labour's Shadow Finance Secretary, said: "The fact that HIE has suffered another cut in its funding rings alarm bells that the Scottish Government still has the organisation’s merger within its sights.

“This seems to be the death by a thousand cuts.

“When the Government did a U turn and retained the board of HIE three years ago, I suspected this would not be the end of the fight.

“It would appear, that money is being taken away from this region to fund the creation of South of Scotland Enterprise. This is ludicrous as HIE never covered the south of Scotland.

“It is stealing from Peter to pay Paul.

“Kate Forbes, in her new role, needs to get a grip. She of all people should understand the challenges that the Highlands and Islands economy faces.

These cuts will create further damage."

Added to this there are likely ot be further cuts to the Highland council services. Although a further half billion of funding is being added it does not close the funding gap for councils. COSLA estimated that a full one billion pounds was required to stand still. Hal that amount almost certainly means a further squeeze in Highland only mitigated if other income can be found from thing like increased charge and expanding parking charges.

Highland Councillors have commended the Council's ongoing efforts to reduce carbon consumption over the past year.   Members have welcomed the information that the Council has saved over 6,000 tonnes of carbon this year.
[Advisory / Counseling Services]
23/9/2020

Renewable energy industry groups in Scotland and Germany are joining forces to boost the production of both offshore wind energy and green hydrogen.   The north of Scotland's offshore wind cluster organisation, DeepWind, has today (Wednesday 23 September 2020) signed a three-year memorandum of understanding (MoU) with its German counterpart, WAB.
[Local Authority]
23/9/2020 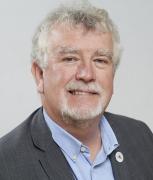 The Highland Council is calling on the UK Government to help resolve the inequity of fuel poverty experienced in the Highlands of Scotland where people pay more for fuel and energy than other regions in the UK.   Leader of The Highland Council, Cllr Margaret Davidson has written to the UK Government's Minister of State (Minister for Business, Energy and Clean Growth) The Rt Hon Kwasi Kwarteng MP calling on the government to replace the current electricity distribution system with one that replicates that of gas and telecoms and share the cost of energy distribution equally across the UK.
[Advisory / Counseling Services]
16/9/2020

A project to create accommodation facilities at Kishorn dry dock in Wester Ross has secured investment of up to £94,675 from Highlands and Islands Enterprise (HIE).   Having on-site accommodation will enhance the dock's capacity and help it attract more high-end contracts in offshore renewables and oil and gas decommissioning.
[Local Authority]
14/9/2020

Highland residents are being warned that letters claiming they have won a share of £425,000 in a ‘postcode lottery' is a scam.   The letters appear to be targeting the Skye area but are likely to be sent to various addresses across the Highland area.