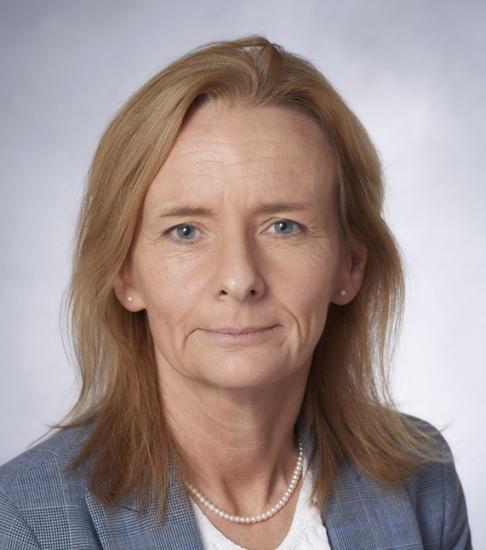 The original date of poll was Thursday 5 November but given the current public health advice applying in Scotland, the Returning Officer made the decision to postpone the by-election.

Under normal circumstances a by-election must be held within three months of the vacancy arising, however under the provisions of Section 70 of the Coronavirus Act 2020 the filling of the vacancy can be postponed where it is reasonable and appropriate to do so and a date should be fixed for the poll to be held as soon as it reasonably practicable.

The Returning Officer, Chief Executive of The Highland Council, Donna Manson has confirmed that the new date of poll will be Thursday 11 March 2021.

She said: "I have formally consulted with Scottish Ministers and the Convener of the Electoral Management Board for Scotland on the postponement of the by-election and the fixing of this new revised date. Our election team will be contacting candidates that had previously submitted their papers to advise them of this new date. In February next year the Notice of Poll will be published at which point we will be inviting anyone wishing to put themselves forward as candidates to submit their applications."

The vacancy has arisen in the Aird and Loch Ness Ward following the death of Councillor George Cruickshank who was one of four Councillors representing Ward 12. The other Ward members are Councillors Helen Carmichael (Independent), Margaret Davidson (Independent) and Emma Knox (Scottish National Party).

Members of The Highland Council's Caithness Committee have approved additional funding for a project to bring new life to the site of a former derelict building on Wick High Street.   In September last year the Scottish Government announced extra funding through the Town Centre Fund as part of its national economic recovery stimulus package, particularly aimed at supporting construction activity across Scotland.
[Local Authority]
22/1/2021

Inverness Councillors on The Highland Council's City and Area Recovery Group today discussed the importance of local businesses having an online digital presence for customer access during the pandemic and post-lockdown recovery.   Good digital access via websites and social media was the common theme raised by two speakers from Business Gateway and the Highland Food and Drink Trail in presentations to Councillors.
[Local Authority]
22/1/2021

The Highland Council has begun detailed designs works on a major £2.5m energy project, part-funded by the Scottish Government through Salix Finance.   At a site on the River Ness, near Whin Park in Inverness, the council is preparing to install a 92kW ‘Archimedes Screw' hydroelectric power turbine.
[Local Authority]
21/1/2021

Learning during lockdown and digital inclusion progress in Highland

The Council's ICT in Learning team have been working hard to continue to support our school communities as we deliver remote learning to all children and young people across Highland.   Chair of Education committee, Cllr John Finlayson said: "I want to thank all of our staff in Education who have worked incredibly hard to ensure that our school communities are receiving support and a quality education experience.
[Local Authority]
20/1/2021

Online Enrolment For All Early Learning And Childcare Places In Highland

Following discussions at the recent Council meeting, the Council Leader has formally written to the Local Government Boundary Commission on their proposals for councillor numbers and ward boundaries in the Highland Council area.   She advised the Boundary Commission that the Council rejected the Commission's proposals in their entirety and formally requested that they halt this process immediately and review the whole issue of remote and rural area boundaries and councillor numbers in consultation with the Highland Council and other local authorities who have mainland councils with inhabited islands.
[Local Authority]
19/1/2021

The Scottish Government has launched a £1,500 grant scheme to assist each individual licensed taxi or private hire driver with their fixed costs including licence plate fees, rental fees and insurance payments for taxis not on the road.   The Highland Council's Chair of the Economy and Infrastructure Committee, Cllr Trish Robertson said: "The Highland Council has been asked by the Scottish Government to deliver this grant scheme on their behalf.
[Local Authority]
15/1/2021

Members at yesterday's previously adjourned and re-scheduled meeting of Highland Council voted to carry a motion introduced to make adjustments to the agenda in light of the situation in relation to COVID-19 and Brexit.   The urgent motion was proposed by Highland Council Leader Cllr Margaret Davidson and supported by the Leader of the official Opposition, Cllr Raymond Bremner.