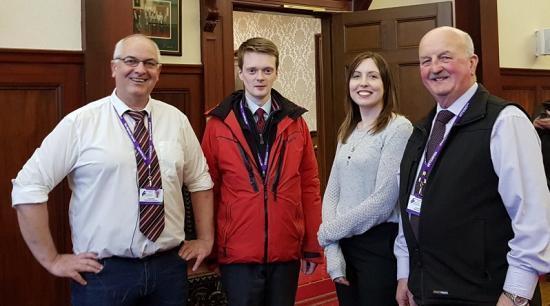 Councillor Nicola Sinclair will stand down as an independent councillor for East Caithness on 25th June 2021. She will take up a position as reporter for the Press and Journal returning to her former career as a journalist. She became councillor in 2017 and is chair of the Caithness Committee.

No date has yet been set for a bi-election.

Two Highland Council by-elections to take place.   Following the recent resignation of two Councillors, preparations are underway to hold by-elections in both the Inverness West ward and the Wick and East Caithness ward.
[]
11/6/2021

The Highland Council today launches Building Our Future Highland - a campaign dedicated to keeping the public updated on the progress of works for the re-profiled capital programme's education, housing, and property projects across the region.   Chair of the Housing and Property Committee, Cllr Ben Thompson said: "I would encourage anyone interested in the development of our housing, property and schools to utilise this new campaign and keep informed on the progress of works in Highland.
[Local Authority]
8/6/2021

Taxi and Private Hire Drivers and Taxi Operators are set to benefit from a new grant scheme, following an announcement from Scottish Government.   If you are a licensed taxi or private hire driver who previously received support through the Taxi Driver and Private Hire Vehicle Driver Support Fund, and hold a current Driver Licence, you are eligible for an additional payment of £1,500.
[Local Authority]
5/6/2021

All eligible young people are being encouraged to apply for a weekly, term time allowance of £30 per week from August 2021.   The Highland Council administers Education Maintenance Allowance (EMA) in respect of eligible young people from across its 29 secondary schools.
[Local Authority]
2/6/2021

The Cabinet Secretary for Education and Skills, Shirley-Anne Somerville, announced today to the Scottish Parliament the details of the appeals system that will support this year's Alternative Model for Certification for young people studying for Scottish Qualification courses at National 5, Higher and Advanced Higher level.   Young people will be empowered to indicate their intention to appeal from 25 June, based on certain criteria.